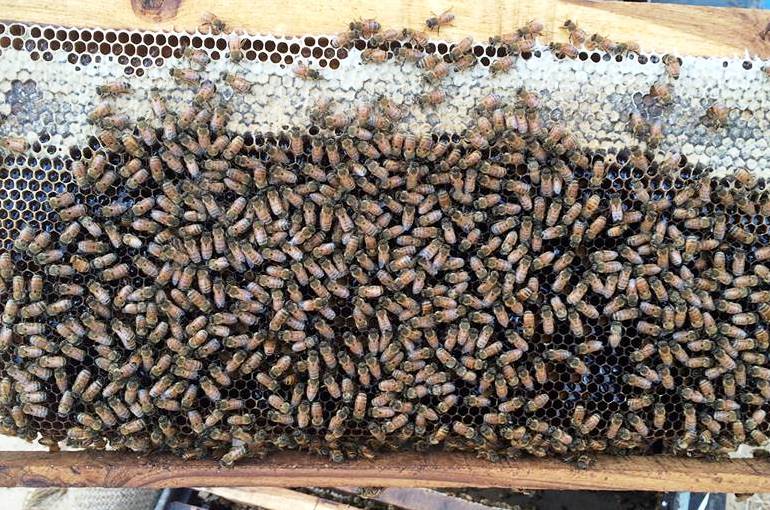 Varroa is the most common problem of a beekeeper nowadays, as these parasitic mites are widespread nearly worldwide. Varroa is caused by an external parasite (parasite mite Varroa destructor) which is fed with the hemolymph (blood) of honeybees. In most cases, a beekeeper can see it with the naked eye. Apart from weakening bees by itself, the pathogen may also carry viruses that infect bees. The pathogen affects adult bees, larvae and pupae. It can result in the gradual weakening and the final death of the colony. During and after the attack by varroa, adult bees often have distorted or atrophied wings, and short bellies. The colony has symptoms of cannibalizing nymphs or larvae, there are dead bees in sealed cells, dead larvae and dead bees with emerging head and protruding proboscis. Varroa is a major problem for honeybees, because the pathogen has the ability to intelligently adapt its lifecycle and operation according to the bee biology and society structure. For example, adult female mites often attach to drones. The drones fly out of the hive, and hence these mites have increased chances to enter other colonies, lay their eggs and infect them as well. Due to extensive chemical treating that was used in the previous decades, the mites have started to develop resistance against many chemicals. Various non-chemical methods have been introduced nowadays.

Do you have experience in Beekeeping? Please share your experience, methods and practices in the comments below.

All the content you add will be soon reviewed by our agronomists. Once approved, it will be added to Wikifarmer.com and it will influence positively thousands of new and experienced farmers across the world.