What is crop rotation and why it is good? 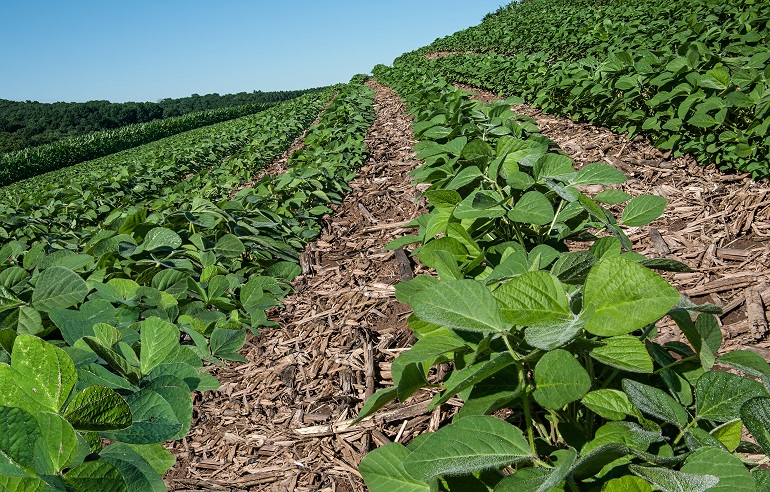 What is crop rotation and why it is good?

Crop rotation means that two or more different crops are grown one after the other. In a crop rotation scheme, a farmer never grows the same crop in two successive growing seasons. Crop rotation has been found to prevent soil erosion, improve soil structure, increase soil nutrients, promote biodiversity, and reduce the weed and pest population.

In most cases, a legume like Alfalfa or Red Clover will be chosen as one of the 3 or 4 crops of the Crop Rotation scheme. These plants are famous for fixing Nitrogen into the soil. Rhizobia bacteria located in the roots of the plants convert atmospheric nitrogen into forms of organic nitrogen, a procedure known as fixation. This procedure provides great amounts of nitrogen (N) to subsequent crops and soil organic matter.

What to plant after tomatoes – Crop Rotation?

After tomato, you can plant a legume (bean, pea, alfalfa).

What to plant before Wheat – Crop Rotation?

Again, legume crops, such as peas, lupins, and lentils, fix nitrogen from the air. This provides a beneficial N contribution to following cereals that may persist for longer than one year. There are other options as well. The most significant benefit of breaking crops to following cereals is soil and stubble-borne disease reduction. In Australia, for example, wheat yield after canola or linseed crops has averaged 20 percent higher than wheat after wheat, largely because of disease reduction.

What to plant before corn – Crop Rotation?

Legumes (such as groundnuts and beans) fix nitrogen in the soil. When their green parts and roots rot, this nitrogen can be used by other crops such as maize. The result is higher, more stable yields without applying expensive inorganic fertilizer.