What is Syntropic Farming, and how can farmers benefit 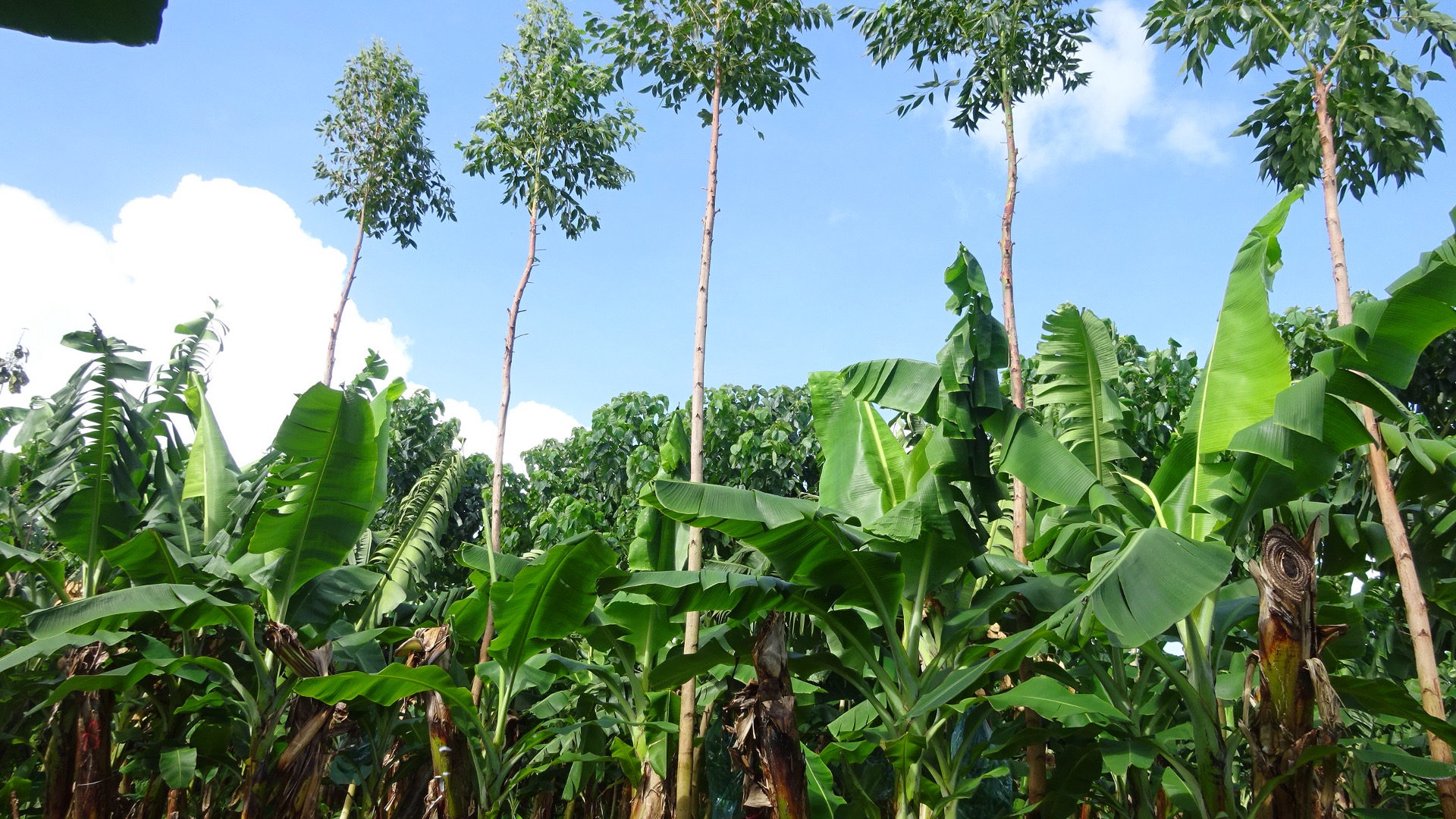 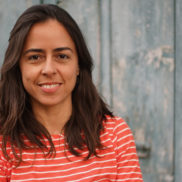 What is Syntropy? (and what does it have to do with agriculture?)

In short, syntropy is the complementary opposite of entropy. While entropy governs thermodynamic transformations that release energy at the expense of complexity, syntropy governs life, which accumulates and organizes energy. Syntropic Agriculture relies on cumulative processes of life (syntropic tendency) to restore the fertility of agroecosystems.

What is Syntropic Farming?

Syntropic Farming is a set of principles and practices created by the Swiss geneticist and farmer Ernst Götsch, that help farmers learn how to read the natural strategies of regeneration of each given place and translate them into farming interventions. Syntropic Agriculture is a practice that claims to respect and mimic nature – just as many other practices claim to. The difference, though, is that for Syntropic Agriculture practitioners it is quite clear which natural aspect is to be respected: life’s tendency to accumulate and organize energy, which is expressed in the form of greater diversity and complexity, just like a natural forest do.

How to organize plants in a syntropic system

Every functional natural ecosystem is composed of diversified plants that grow together. Within any group of plants, there are species with different life cycles and different light demands or shade resistance. Despite specific features, they not only grow together but also perform a mutual collaborative dynamic while doing so. Fast-growing species protect and nourish slower-growing ones in a way that each group of plants creates conditions for the emergence of the next one. This system reflects the natural process of forest regeneration. Syntropic Agriculture translates these characteristics – in its form, function, and dynamics – into farming practices that organize plant distribution in space, both horizontally and vertically and also in time, according to life cycles. This is done in a way that optimizes photosynthesis and biomass production, ultimately increasing the overall fertility of the field.

The parameters that guide this organization are Succession and Stratification.

Organizing Plants in Space – The Stratification

The distribution of plants in a syntropic plantation considers not only the horizontal occupation, but also the vertical levels. Each specie occupies its proper layer according to the position it occurs in natural conditions. There is also an ideal proportion of occupation of each layer. This way, the space is occupied three-dimensionally, aiming to optimize sunlight use and, therefore, the overall photosynthesis in the area. Think of plant crowns as solar panels. If you were to organize different panels in the same space, this would be the most efficient way to do it.

Strata classifications and occupancy rates are:

The sum of occupancy rates shows that the full use of the field increases to approximately 220% due to the overlaps between different strata, as you can see in the image below (figure 1). This means better use of space, as crops can overlap in the same field. 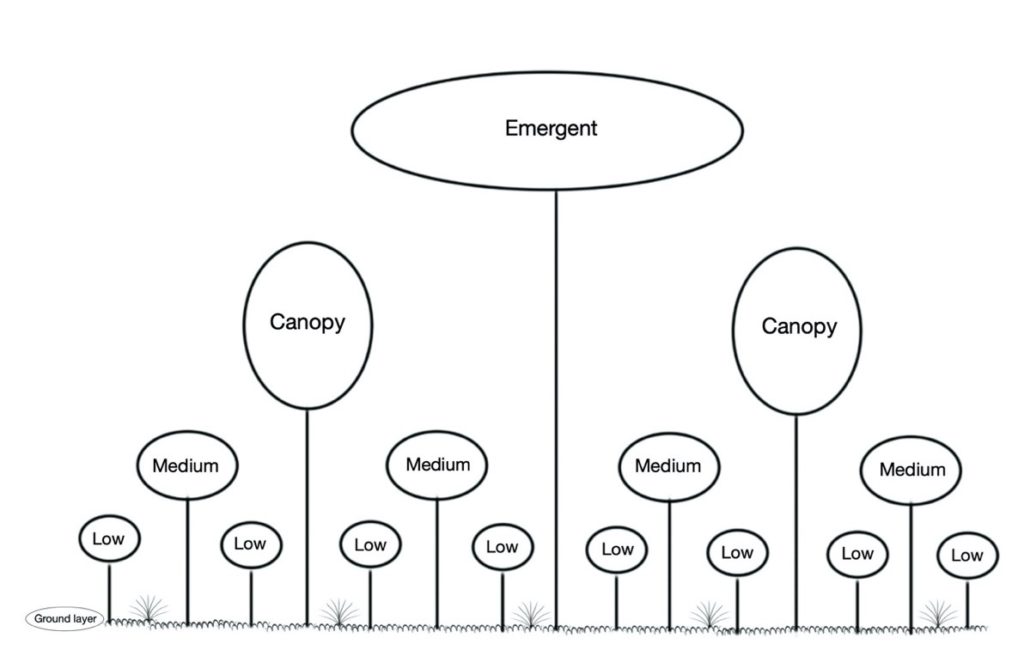 Organizing Plants in Time – The succession

The Succession in Syntropic Agriculture happens in steps. The life cycle of the plants is the fundamental characteristic to classify them into: Placenta, Secondary, Climax, or Transitional.

– Secondary (trees and shrubs of short and medium lifecycle)

Each step of the succession, relies on a complete composition of its respective life cycle plants, but this is not the full story yet. From a broader time perspective, successive consortia are part of a particular stage in the development of the Systems, depending on its initial level of fertility. Now we’re talking about Successional Phases that Ernst Gotsch’s classify as:

– Colonization Systems (stage with no plants, only bacteria, fungi, and small forms of life);

– Accumulation Systems (the stage in which the first rustic plants appear, but there is still a shortage of water and nutrients, and the ecosystem is able to sustain only small animals);

– Abundance Systems (the stage with a great flux of nutrients and water, and the ecosystem now can sustain large animals and high-demanding plants).

Worldwide, most agricultural lands are in the Accumulation stages of succession. This means that, at this point, we cannot grow the large majority (if not any) of our crops unless we use lots of inputs (be it synthetic or organic). Instead of using external inputs, Syntropic Agriculture approach begins with the suitable species adapted to the current scenario. The idea is that the successive consortia, managed accordingly to accelerate successional processes, will build up the natural capital and activate nutrients availability, pushing the place to further stages of fertility and transit to Abundance Systems.

It does not relate to a “race” or a competition. It is a synchronization. The constant pruning and positioning of the vegetation are key practices to guarantee enough biomass production to keep the ground covered all year, which feeds the soil’s fauna and protects it from direct rain, overheating, and erosion. It also replaces the need for herbicides since the optimum occupation of all strata and the mulch provided by their pruning leave no niche for non-desired plants.

How the syntropic system works?

An ideal Syntropic design includes a stratified consortium of plants for each successional step (examples in figure 3). Therefore, farmers should identify the species suitable to fill all gaps in space and time based on their behavior and life cycle. All consortia – be it placenta, secondary, or climax – must have species occupying most of their layers: lower, medium, canopy, and emergent, in a distribution ratio described in Figure 1. Ideally, all species from all strata and succession steps are planted together to cause minimum soil disturbance and enhance synergistic relationships.

For example, a placenta consortium of arugula or black beans (lower-medium layer), lettuce (medium), broccoli (canopy), and crotalaria (emergent) can be succeeded by a longer cycle consortium of watermelon (lower), carrot (medium), tomato (canopy) and corn or sunflower (emergent). It is still possible to go further in the placenta stage with ginger or pineapple (lower), garlic, taro, green pepper, (medium), manioc (canopy), castor oil, and/or papaya (emergent). After the placenta stage, which can take up to 24 months, the secondary plants take over the area, following the same stratification pattern, for example, rosemary (lower), pomegranate (medium), avocado (canopy), and eucalypt (emergent), and so on until reaching the next longer lifecycle consortium. 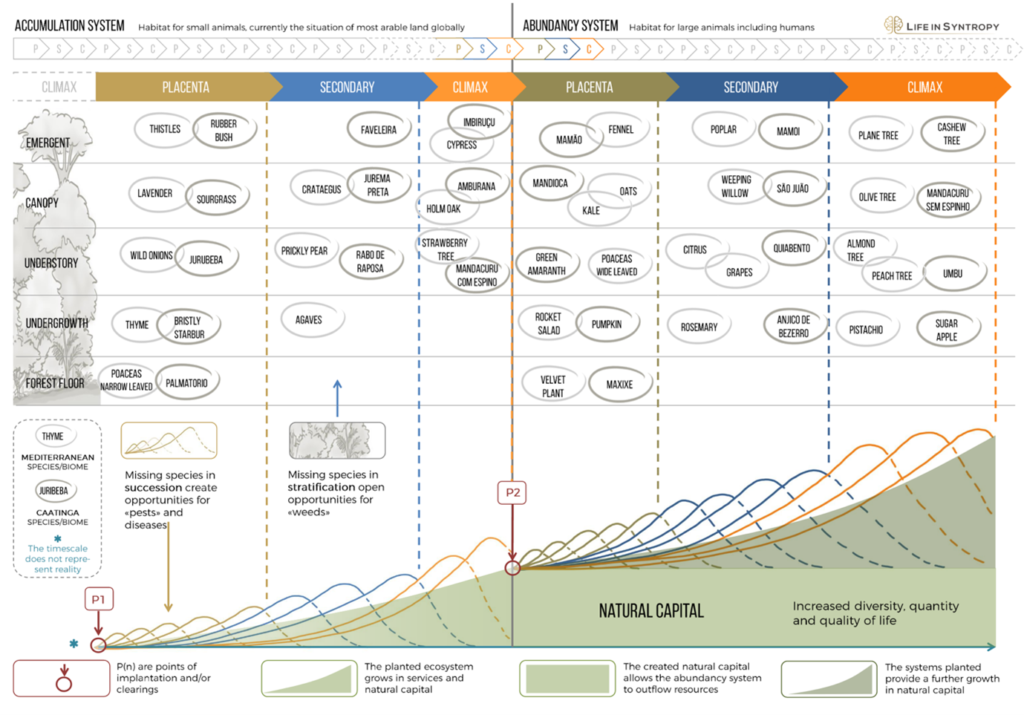 Figure 3. Examples of Mediterranean and Caatinga species throughout succession steps and phases. (Design by Ursula Arztmann).

Technical pruning might be necessary to synchronize the plant’s growth and/or production and stimulate enough biomass production to keep the soil covered all year. It is possible to include placenta species every year as the trees drop their leaves cyclically in deciduous and semideciduous environments. In evergreen forests, the repetition of placenta cycles (annuals and biannuals) is possible (though not always recommended) by promoting severe pruning in the trees.

Before it became known as Syntropic Farming, Ernst Götsch’s work was also described under different terminologies such as Successional Agroforestry, Dynamic Agroforestry, and Analog Regenerative Agroforestry. Especially in South America (where Ernst Götsch’s approach began to spread in the ’90s), you will find a strong influence of Götsch’s ideas in many agroforestry experiences. A new pulse of diffusion of Ernst Götsch’s Syntropic Agriculture occurred after 2015 when the video documentary Life in Syntropy was released. Since then, the practice has been adopted in different ecosystems in Latin America (Bolivia, Colombia, Chile, Mexico), The Caribbean (Martinique, Curacao Islands), Europe (Portugal, Spain, France, Germany, Italy, Greece), Africa (Mozambique), and Oceania (Australia).

With a transdisciplinary academic background, Dayana transits between the major areas of Communication and Life Sciences. Since 2009, she has been applying such skills to the theoretical study, practical experimentation, and the diffusion of Ernst Götsch’s Syntropic Farming. Dayana holds a Ph.D. in Environmental Sciences and Conservation from the Federal University of Rio de Janeiro (UFRJ) and wrote with collaborators important scientific papers on Syntropic Farming and agriculture innovation. In the practical experience, she managed the Syntropic Experimental Areas and Learning Center on São Sebastião Farm (Rio de Janeiro, Brazil) between 2016 and 2018; applied syntropic principles in the implementation of four Public School Gardens in a Mediterranean context during 2019; and more recently, she is facing the challenge of recovering an olive grove in crisis using syntropic techniques, in southern Italy. In the communication field, Dayana has written texts and produced videos for Agenda Götsch and Life in Syntropy websites and social platforms. She also has worked as an Environmental consultant in wide-reaching TV Shows such as the telenovelas “Velho Chico” and “Pantanal”, in which she helped to bring up important ecological and farming-related issues to a broader audience. Together with Felipe Pasini, she is the author of the book "Life in Syntropy - Ernst Götsch's Syntropic Agriculture Explained" (Portuguese version scheduled to be released in the second half of 2022).