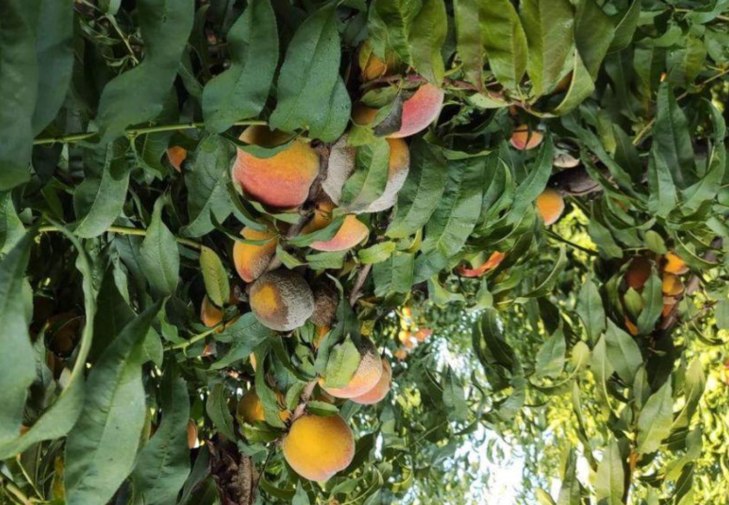 Brown Rot (Monilinia spp) is one of the most important diseases and causes great damage to peach cultivation, especially during the past 3-4 years. The damage is mainly caused to the crop after the month of July, a period when daylight hours begin to decrease and humidity levels increase. 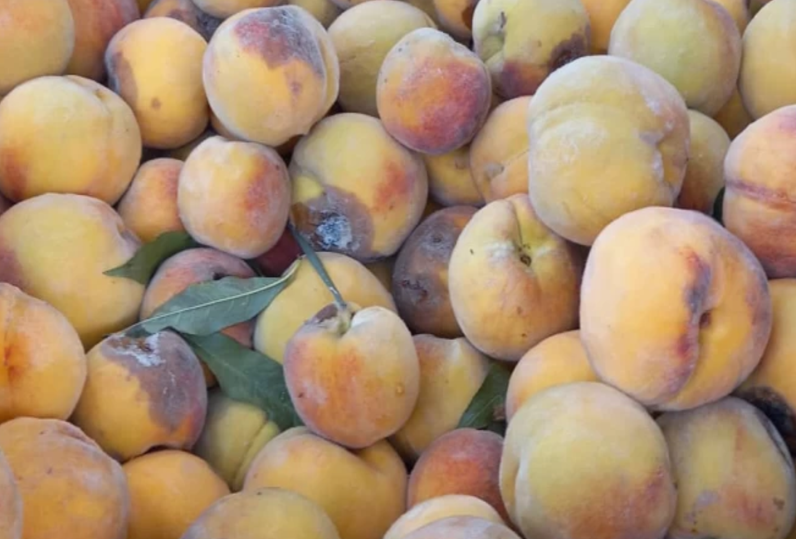 The problem is exacerbated when there is intense or continuous rainfall, which is the factor most affecting the progress of the disease. The damage mainly affects mid-late varieties, which constitute the majority of the harvested product in the Pella region. 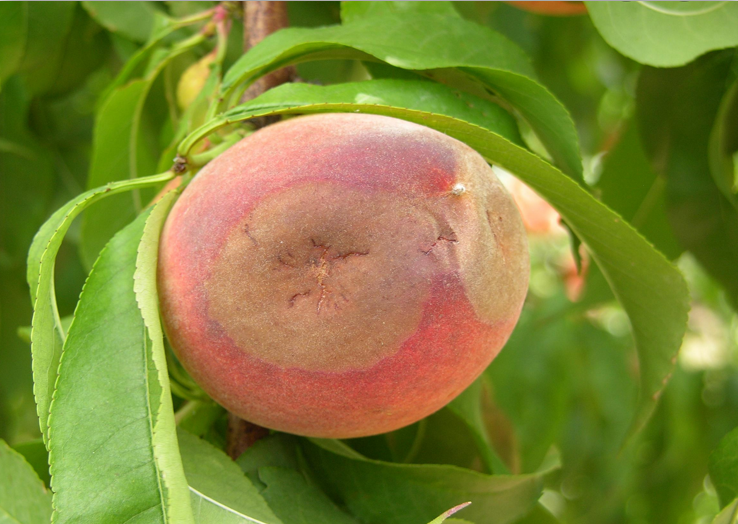 This causes a greater burden on producers regarding the late maturing varieties. These varieties have higher production costs, as they require more spraying, irrigation, cultivation practices, etc. Consequently, the economic impact on producers is greater than for the other peach diseases. The main active substances used are: cyprodinil, fludioxonil, difenoconazole, fluopyram, tryfloxystrobin, tebuconazole, bocalid, pyraclostrobin fenbuconazole etc.

Proper cultivation practices, such as 1) good pruning for proper tree aeration, 2) precision irrigation to avoid excessive moisture conditions in the field, 3) controlled fertilization especially with regard to nitrogen use which is a major problem for the disease and 4) timely crop protection are some basic principles for effective disease control.

Subsequently, it was recognised that the peach producers in the region of Pella needed to protect their crops from this specific disease and, at the same time, reduce the high cost of production. This led the Mandalos Agricultural Cooperative “PROODOS” to adopt a smart farming system.

Through the use of smart farming solutions, producers will be able to achieve a more efficient inputs management, produce peaches of better quality and reduce their environmental footprint. For example, they will be able to know what the percentage of water in the soil would be after a rainfall. They can, therefore, adapt their irrigation strategy accordingly, a process also related to fertilisation. They also receive information regarding the presence of suitable conditions for the development of a disease, so they can apply plant protection accurately and on time.

More specifically, the producers adopted the gaiasense Smart Farming solution, funded by the European project Ploutos H2020. In particular, the gaiasense system can:

The first measurable results from the first year of implementation of the service in the region have been very encouraging. Variations were observed in the percentages calculated, due to the different varieties grown in the area and the specificities of the microclimate. More specifically, irrigation water consumption was reduced by 36 to 70%, which contributed to maintaining soil moisture at levels that help to avoid conditions that would be favourable for the emergence of a disease. In addition, pesticide use was reduced at around 58 to 65%, indicating that producers performed targeted spraying without increasing the risk of infestation and without compromising the quality of their products. Finally, the impact for producers was twofold. First, they were able to maintain the quality of their production and second they noticed a reduction in production costs at 32 to 39%.

In conclusion, by following the appropriate cultivation practices suggested by the local agronomist/advisor it was possible for the producers to control the impact of the disease. The gaiasense smart farming solution is now an important ally, providing early warnings regarding the emergence of the disease.

Ploutos is an EU-funded project, which is comprised by 33 partners and aims to rebalance the agri-food value chain and enhance its economic, social and environmental sustainability. In order to achieve this, the project will develop a Sustainable Innovation Framework, which will follow a systemic approach to the agri-food sector and build on a combination of behavioural innovation, collaborative business models and data-driven technological services. Based on this Framework, Ploutos will deploy 11 Sustainable Innovation Pilots throughout 13 European countries, where new innovation solutions and methodologies will be applied, tested, evaluated and practical lessons will be derived. Moreover, a virtual Innovation Academy will be set up, offering stakeholders the opportunity to attend a series of applied experiments and good practices related to the sustainability of the agri-food value chain. The Innovation Academy of Ploutos will be the mechanism for the design, support, presentation, and promotion of all the implemented innovations, ensuring their maximum impact. This will stand as the legacy of the project, integrating all the information and best practices that will transform the agri-food sector and make it more competitive, efficient and sustainable.