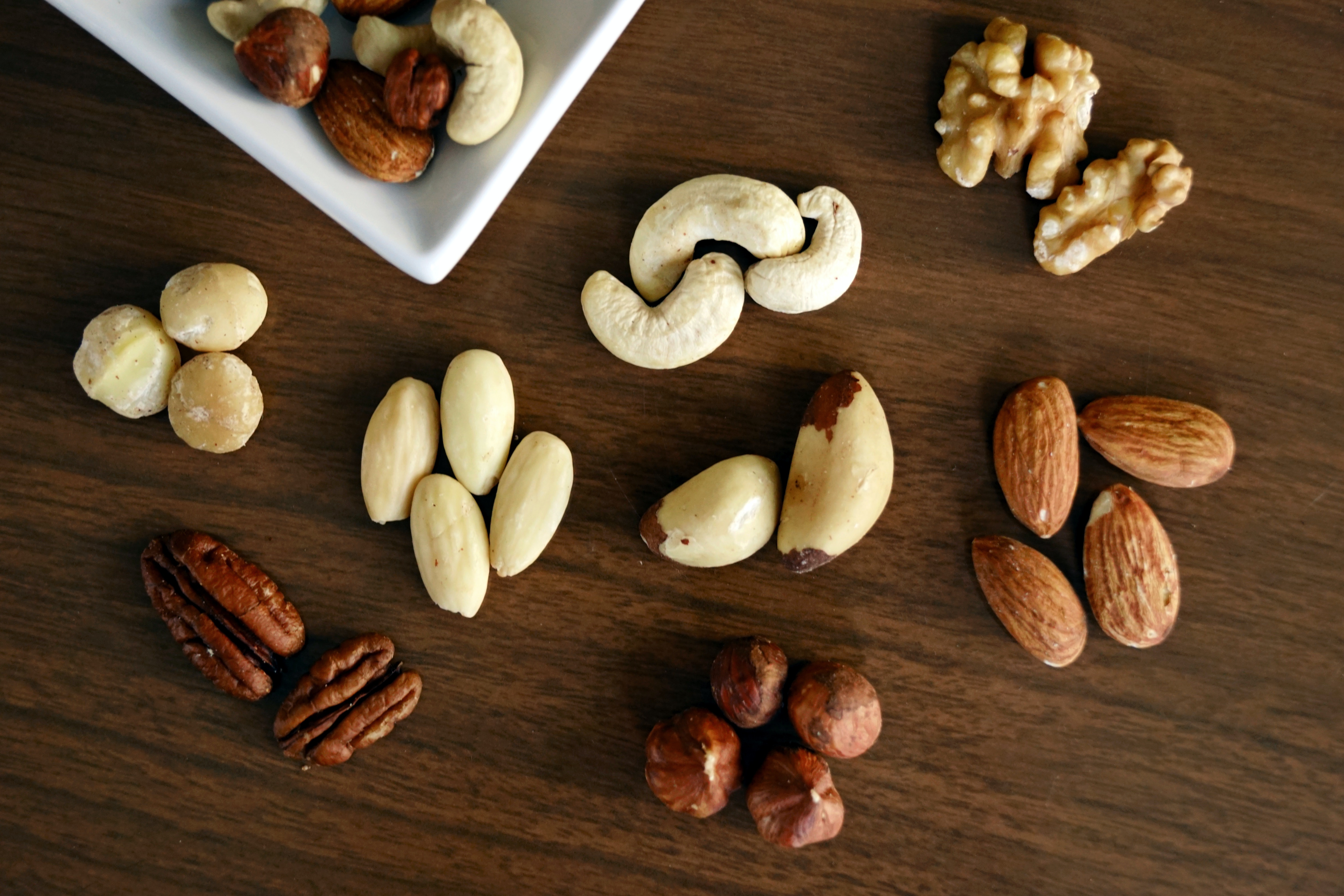 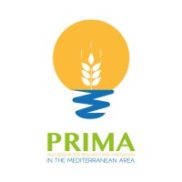 PRIMA Partnership for Research & Innovation in the Mediterranea Area

The temperature rise due to climate change has led to a yield reduction of important fruit and nut trees in the Mediterranean. In this scope, scientists from different fields have joined forces in the AdaMedOr project to define the problems that the trees will have to face in the next years and assist farmers to make necessary adaptations in their orchards to protect their yields.

Olives, figs, almonds, apricots, cherries, peaches, and other tree fruits and nuts have been cultivated in the Mediterranean area since ancient times. However, the production of these important components of the Mediterranean diet is threatened by global warming. Rising temperatures compromise the well-adjusted phenology response to seasonal temperature fluctuations, changing the suitability of fruit tree cultivars in the regions where they have been traditionally cultivated. Farmers need to deal with the effects of global warming in the orchards. But how to ensure the viable cultivation of these crops in the future? What temperatures do we have to expect in 30 or 50 years? Which cultivars or species will be able to cope with the changing climatic and environmental conditions in each production region? In the project ”Adapting Mediterranean Orchards – science-based design of resilient fruit tree portfolios for the Mediterranean region” (AdaMedOr), our goal is to project the impacts of future climate conditions on fruit trees in the Mediterranean basin. At the same time, we aim to determine and collect well-characterized agroclimatic requirements of cultivars to make them accessible to growers.

The flowering date and tree phenology in spring depend on temperatures during the previous months. Cool winter temperatures (i.e., chilling) are required to overcome the dormancy stage that allows trees to survive the cold period when temperatures are unfavorable for plant development. Trees may even be exposed to the risk of damaging frost events. Mild winters, which are becoming more and more frequent due to the increase in temperature, cause delays in the date of dormancy release. In some cases, they even prevent trees altogether from breaking dormancy. A lack of chilling manifests itself in a shift in flowering dates in spring or in asynchronous bloom, which may cause considerable yield losses.

Global warming affects the surrounding environment by changing hydrologic cycles, affecting the incidence of pests, or directly impacting tree physiology, resulting in low fruit production in many situations. For example, over the last few years, apricot farmers have been facing a dramatic yield reduction for some cultivars in Zaragoza in northeastern Spain. ”Moniquí” and ”Paviot” are the two most important traditional cultivars of apricot in this region. ”Paviot” is a high chilling requirement cultivar. In years with mild winters, its flowering is dramatically affected, from slight delays in the flowering season to the total drop of buds before the opening of the flowers, which causes complete crop loss. How to deal with this problem? Farmers are replacing the cultivar ”Paviot”, but this causes additional problems because it is the pollinator of the other cultivar, ”Moniqui”, and there is no reliable information on the agroclimatic requirements of the new cultivars that could potentially replace it. How to find a resilient alternative for the near future?

The scientific community has made numerous efforts to decipher the physiological basis of dormancy, predict future climate conditions, and anticipate phenological responses. However, little information is available for farmers to help them adapt their orchards to future climate conditions. This project aims to fill this gap, making accessible to farmers and producers the recent scientific advances in phenology modeling and dormancy physiology. The AdaMedOr project tackles the challenge of providing actionable information for fruit and nut growers to make science-based decisions on adapting temperate fruit orchards to future conditions.

To this end, the AdaMedOr project integrates the expertise of scientists in multiple disciplines (pomology, physiology, breeding, genetics, biometeorology, climate change impact projection, agricultural modeling, scientific programming, decision analysis, and facilitation of participatory processes). Furthermore, AdaMedOr joins the efforts of seven research centers and universities from four countries in Europe and Africa. The project is led and coordinated by the University of Bonn. Prof. Dr. Eike Luedeling and his team have worked on chill models and climate change projections for more than 10 years. They maintain the chillR package, a widely used phenology analysis package for the R programming language. The Agrifood Research and Technology Centre of Aragon (CITA) and the Spanish National Research Council (CEBAS-CSIC) work in Spain on adapting stone fruits to climate change. The Institut National Agronomique de Tunisie (INAT) and the Institut de l’Olivierl’Olivier (IO) in Tunisia research the impact of climate change on the fruit and olive industry. Finally, the Ecole Nationale d’Agricultured’Agriculture de Meknès (ENA) and the University Sultan Moulay Slimane (USMS) in Morocco focus on temperature- and water-related issues and study the impact of climate change on tree phenology.

The project started in 2020, and since then, we have made progress on several fronts. We have already evaluated the influence of global warming on agroclimatic metrics in the Mediterranean basin, both for the past and future. This information has been framed with the experience of farmers, technicians, and researchers on the effects of rising temperatures in Mediterranean orchards. This work will be our first publication of the entire consortium. Apart from this, important advances have also been reached in the field of modeling by the team from Germany, with the publication of a phenology modeling framework, ”Phenoflex” which can be parametrized for different species and cultivars. This tool will be handy in analyzing the datasets on phenology observations that all the partners are collating from the regions of the Mediterranean basin. Finally, experimental work is being performed in different countries with a standard methodology to determine the agroclimatic requirements of common cultivars and species under different climatic conditions. Our subsequent work will make all this information available to farmers and producers and design future-adapted portfolios of fruit tree cultivars for the Mediterranean region.

PRIMA Partnership for Research & Innovation in the Mediterranea Area

The Partnership for Research and Innovation in the Mediterranean Area (PRIMA) is an initiative launched by 19 Euro-Mediterranean Countries, including 11 EU States (Croatia, Cyprus, France, Germany, Greece, Italy, Luxembourg, Malta, Portugal, Slovenia and Spain) and 8 non-EU countries (Algeria, Egypt, Israel, Jordan, Lebanon, Morocco, Tunisia and Turkey) to participate in an EU joint research and innovation programme. In the legal framework of Article 185 of the Treaty on the Functioning of the European Union (TFUE) this ambitious initiative is set up to build research and innovation capacities and to develop knowledge and common innovative solutions for water management and agro-food systems on both shores of the Mediterranean inspired by principles of co-ownership, mutual interest and shared benefits across the Mediterranean basin. PRIMA works on four thematic areas namely MANAGEMENT OF WATER: Integrated and sustainable management of water for arid and semi-arid Mediterranean areas. FARMING SYSTEMS: Sustainable farming systems under Mediterranean environmental constraints. AGRO-FOOD VALUE CHAIN: Sustainable Mediterranean agro-food value chain for regional and local development and WEFE Nexus: Interlinkage between water, energy, food and ecosystems in the Mediterranean.