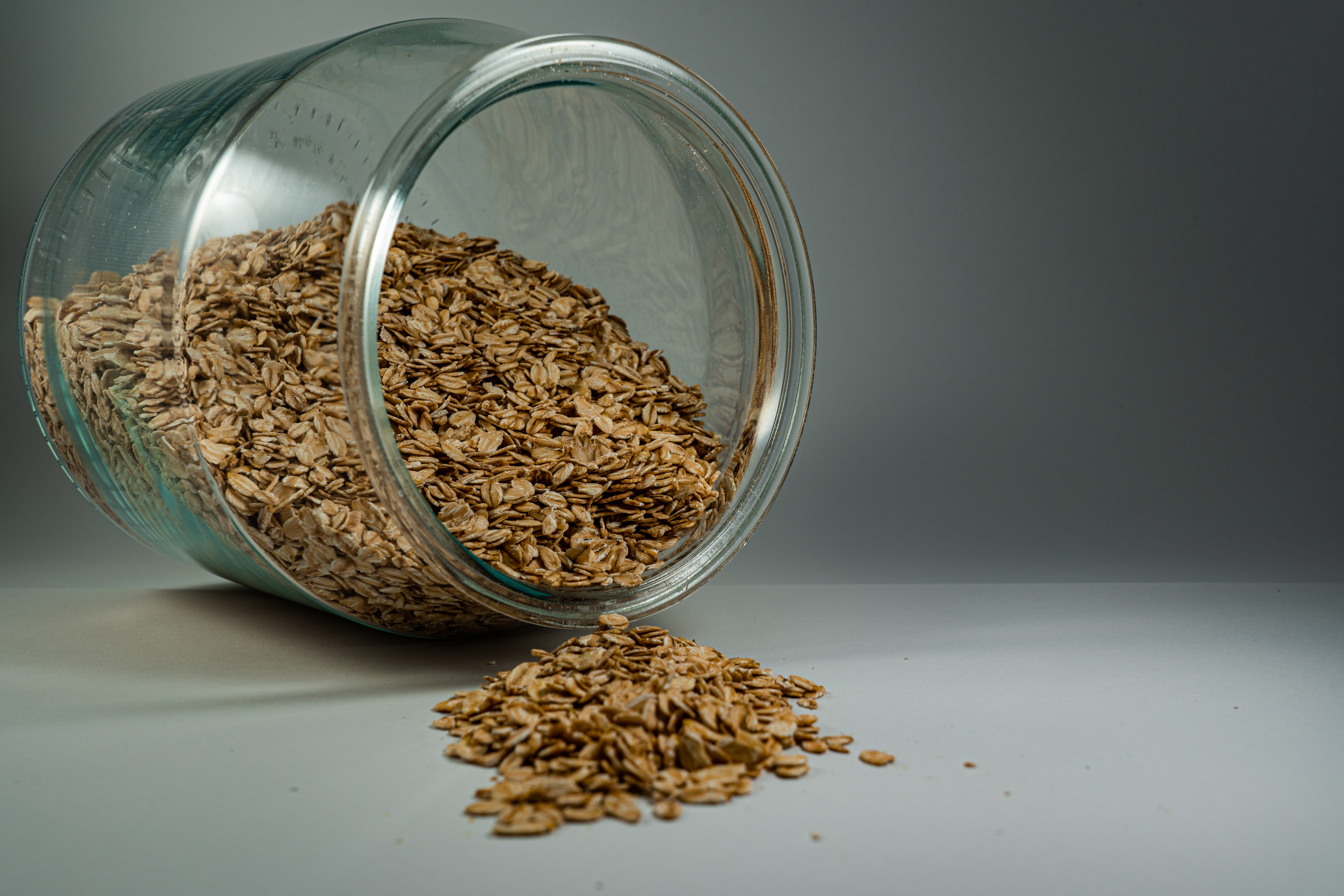 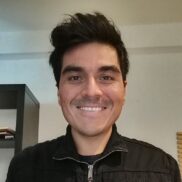 Doctoral candidate in Food Biofunctionality at University of Hohenheim

Of the different types of food in the world, cereals account for 40% of the food produced. They can grow in several climates, so they are a staple food for many industrialized and developing countries.

The three most widely produced kinds of cereal worldwide are maize, wheat, and rice. But this article will focus on a grain that growers produce only a little. However, it has a historically recognized nutritional value, which makes it worthy of dedicating an entire article to it: oats.

First, we will give some historical information. Experts found the first traces of oats 4500 years ago in northern Western Europe, present-day Russia, and Finland. There, the humid, cold climate and cool summers favored their growth. Initially, they were considered only as weeds for the famous and widely cultivated wheat and barley. Still, as experts discovered oats’ remarkable nutritional value, they gradually acquired a value. Thus, by the year 1500, they were the most popular and most demanded food by the British. After its establishment in Europe, the British and Spanish introduced oats to the Americas, initially taken as horse feed. However, when medicinal properties became known, people became interested in incorporating them into their diet, and medicinal stores started selling them more than in food markets. Finally, in 1900, oats were introduced as part of breakfast foods in the form of the popular oat flakes.

Oats are the sixth most-produced cereal worldwide, behind maize, wheat, rice, barley, and sorghum (Figure 1). The major producing countries are Russia (19% of the world production), Canada (18% of the world production), Poland, Finland, and Australia (all together accounting for 15% of world production). Due to the predominance of rice, wheat, soybeans, and canola, world oats production is decreasing. Still, its consumption in the Americas is increasing significantly due to the knowledge about its nutritional benefits. On the other hand, this European consumption increase is much less noticeable. 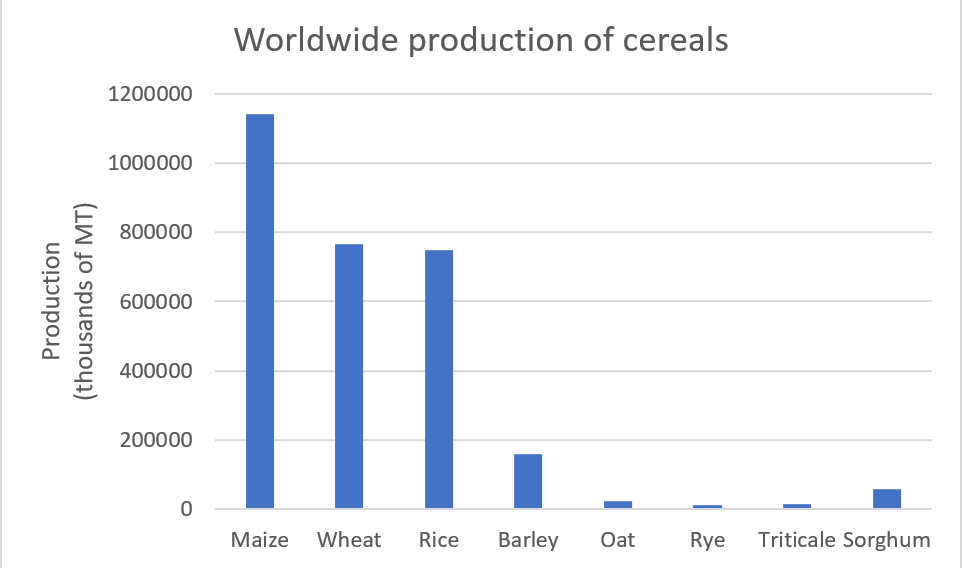 The oat kernel has a hull rich in insoluble fiber, which the industry removes to process into various foods. After the hull removal, the oat kernel has three main parts. The parts are the germ, the bran, and the endosperm. The first two are rich in nutrients such as protein, healthy fats, and dietary fiber. There is a significant difference between oats and other cereals. While the industry processes oats as a whole grain, it processes other cereals with the bran and germ removed. Hence, the nutritional value of oats for processing is significantly higher than other cereals.

The most critical nutrient in oats is undoubtedly dietary fiber, and from it, the β-glucans, part of the soluble fiber. β-glucans can imbibe large amounts of water and, due to that, increase the viscosity of the surrounding medium. When we consume oatmeal, the viscosity of the food bolus increases, which increases the feeling of satiety, thus indirectly contributing to weight loss. That is why when we make oatmeal porridge at home, a dense paste forms very quickly.

The β-glucans can also prevent various diseases. Studies have shown that β-glucans have antitumor activity in breast and colon cancer by contributing to the repair of damaged DNA. Likewise, they increase resistance to pathogenic microorganisms, i.e., those that will cause disease, and decrease the possibility of generating sepsis after surgeries.

The β-glucans are also considered prebiotics. Prebiotics are components that, once they reach the large intestine, serve as food or promote the growth of our beneficial bacteria. They do not promote the growth of harmful ones, which leads to many benefits for the host. Many of our beneficial bacteria feed on β-glucans. As a waste product, they release propionic acid, which also lowers cholesterol in the host. So β-glucans contribute to eliminating cholesterol from the body in three different ways!

Although β-glucans may contribute to lowering blood glucose, which is very important for diabetics, there are no sufficient studies to conclude this claim.

On the other hand, it is worth mentioning oat proteins. Oats have more protein than other cereals: between 12-24%. Likewise, oat protein stands out in lysine. This essential amino acid is crucial for proper nutrition, usually scarce in most cereals. On the other hand, oats are rich in avenanthramides, a phenolic compound found only in oats. This compound has proven effects in preventing cardiovascular diseases and has a higher antioxidant capacity than the antioxidants usually found in cereals. Finally, oats are rich in vitamin E, another potent antioxidant.

So, it is wise to eat the famous oatmeal porridge for breakfast!

Doctoral candidate in Food Biofunctionality at University of Hohenheim
Verified

Bachelor in Food Industries (National Agrarian La Molina University, Peru, 2004-2010). Served as lecturer to bachelor students from the Faculty of Food Industries of the National Agrarian La Molina University (2013-2018). Participant of the 23rd Peruvian Scientific Expedition to Antarctica (2015). With additional training in food science laboratory techniques (Chinese Academy of Agricultural Sciences, China, 2016). Served as research assistant in the Horizon2020 Project “Protein2Food” (2016-2018). Master in Food Technology with specialisation in Food Product Design (Wageningen University and Research, The Netherlands, 2018-2020). Master thesis awarded as the Best Poster (20th International Conference of Future Challenges for Cereal Science and Technology, Austria, 2022). Lecturer in food science conferences in Peru, Mexico, Austria and China. Currently, PhD candidate in Natural Sciences with specialization in Food Biofunctionality (University of Hohenheim, Germany, 2021 onwards) as part of the Sino-German International Research Training Group “AMAIZE-P”. My research is focused on the impact of the phosphorus in the soil on the nutrients of maize grains for human consumption.