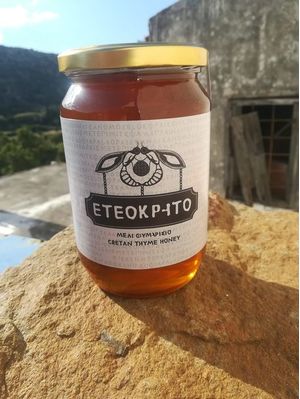 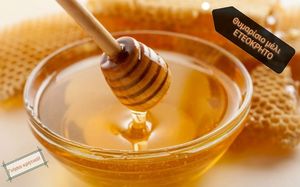 Eteokrito thyme honey is collected in the wider area of ​​Sitia and specifically in the communities of Maronia and Ancient Praisos that are connected by the river Pantelis. From there, the two villages used to be connected by road, where the route is rich in vegetation with a wide variety of endemic plants.
Eteokrito honey "true Cretan", (from ἐτεός, which means "true" + Cretan) took its name from the area where it is collected, since Eteokrites are considered the native-genuine Cretans. From this name, it is concluded that the Eteokrites were descendants of the Minoans, that is, the ancient inhabitants of Crete.
After the invasion and occupation of Crete by the Dorians (around 1100 BC), the Eteocretes will leave the central area of ​​the main island and will take refuge in the eastern part (present-day province of Sitia) with Praisos as its center.
The Eteocretes will continue to speak their language and maintain their identity until the later classical years, as evidenced by the epigraphic elements we know. Famous are the inscriptions of Praisos in the "Eteocretan" - obviously Minoan - language, which has not yet been deciphered. The label of our honey is inspired by symbols and letters of such inscriptions of ancient Praissos.