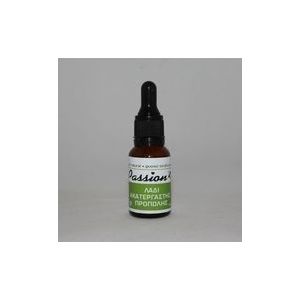 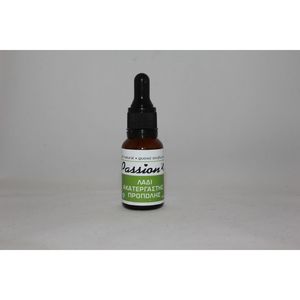 Propolis is a substance especially known for its healing properties from the ancient years. Known as the "black wax", many people used propolis as a medicine, as its anti-inflammatory action was well known. The use of propolis is not much different today, as it is again used as a medicine or as an ingredient in other preparations.

What are the positive properties of propolis?

Propolis is well known for its anti-inflammatory action, as it contributes to the immediate stimulation of macrophages in the body's immune system, while suppressing various enzymes, thus reducing the chance of developing inflammation.
In cases of viruses, propolis acts against viruses, with its properties being directly enhanced by the combination with pollen and royal jelly.
More specifically, in the treatment of influenza viruses, H1N1 and H1N3 but also many others, propolis is the best choice.
At the same time, the antifungal action of propolis, especially against bacteria such as Candidaalbicans, Trichomonasvaginalis, coliforms and other bacteria, fungi and parasites, is particularly important.
Propolis offers the ability to scan oxygen free radicals, while protecting the body of vitamin C from oxidation.
In terms of its immune action, propolis has been shown to stimulate and strengthen the general and specific immune system, thus offering a direct boost to the body's defenses.
Finally, its antihistamine action, in combination with pollen, helps to treat allergies, with the gradual remission of symptoms and consequently with the gradual immunization.

Shipping costs are not included in the price.