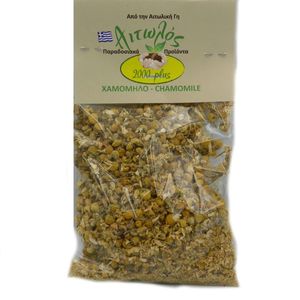 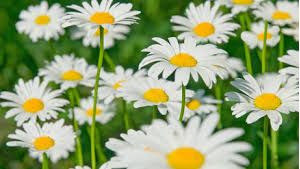 Chamomile from Mataraga, Etoloakarnania, on the shores of Lake Trichonida. It calms the nerves and relieves intense emotional problems.
It acts against insomnia, anxiety and nervous tension.
It works as a sedative in situations of stress, migraines, neuralgia and dizziness, while it is also antispasmodic.
Helps heal wounds, burns and soothes eczema.
It has a strong effect against various inflammations, including gastrointestinal infections, inflammations of the eyes or skin, intestines, mouth ulcers, gingivitis.
Stimulates the immune system. Increases the production of white blood cells, which in turn improve the functioning of our immune system.
It has strong antiseptic and anti-irritant action and anti-infective properties for the stomach, protecting against ulcers.
It has important antipyretic and anti-allergic properties.
It relieves the pains of the period. In cases of gynecological problems, such as period cramps, chamomile can soothe the pain, while even in cases of vaginitis, washing with chamomile relieves the condition.
Relieves the pains of childhood teething and rheumatic pains.
Chamomile decoction can relieve bloating and irritating gases, as well as relieve the symptoms of irritable bowel syndrome.
It lowers blood sugar levels and increases glycogen storage in the liver, thus helping to control hyperglycemic symptoms and diabetes.
Increases appetite in cases of anorexia.
It is beneficial for hyperactive and anxious children.
Helps fight gingivitis and serves as an eye wash (for eye pain or barley). Improves dark circles and puffiness in the eyes.