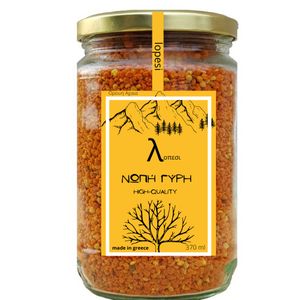 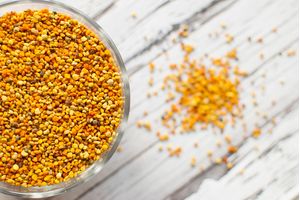 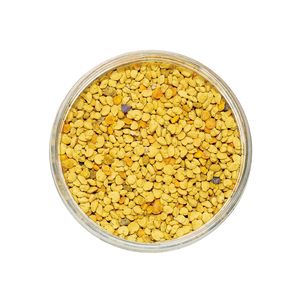 The use of pollen has been widespread since ancient times around the world. This is attributed to its medicinal properties, which have been known ever since. Many diseases were treated with the use of pollen. Some of these diseases were colds, flu, ulcers, premature aging, anemia and colitis [2]. Even today, the use of pollen is widespread and there is a steady increase in its use by humans as a dietary supplement and as a tonic. Aimed at both young and old because it offers well-being and has anti-aging properties

‘Perhaps the richest and most complete food in nature has large concentrations in:

Vegetable proteins
Amino acids (5 to 7 times higher content than those in cheese, eggs and beef).
Minerals (eg 7.5 times more iron than beef, good source of potassium and zinc)
Vitamins (eg vitamin R, known as routine protects our blood vessels and protects the body from cerebral hemorrhage).
Enzymes (Unlike processed food supplements such as capsules, tablets, etc. Fresh pollen contains 5000 enzymes and coenzymes necessary for metabolism and absorption of nutrients by the body.)

Gives energy and stimulation, due to its rich nutritional value, to the body.

Research from universities has shown that fresh pollen is a "regulator" of body functions, correcting the balance of metabolism, as well as treats various diseases such as prostate inflammation, stabilizes blood pressure, improves sexual ability, improves memory, increase in the rate of alcohol metabolism, constipation, etc.

We only ask for fresh pollen which, unlike the dried pollen that is usually marketed and is a degraded food due to its processing, retains all its rich characteristics and is preserved only in the freezer from where it is eaten directly.

Adults: from one tablespoon to one tablespoon, depending on the activity of each. Minors: half with a dessert spoon. It is recommended to be eaten preferably in the morning