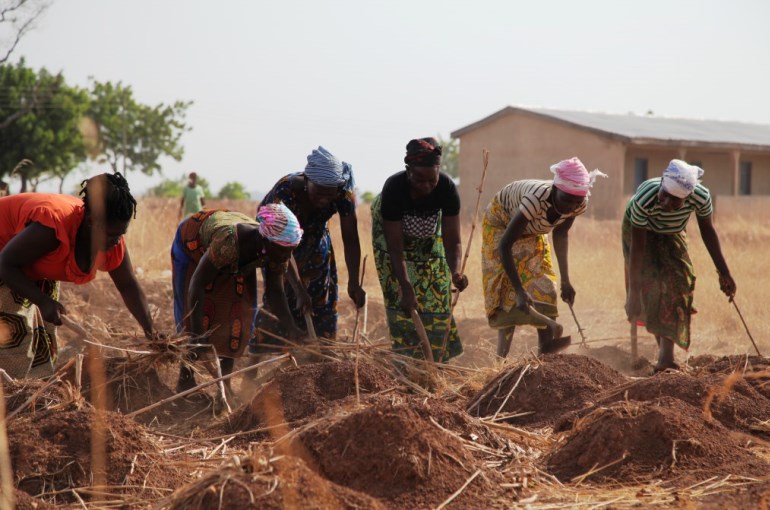 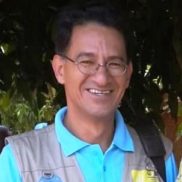 Some development agencies, experts and government officials believe the way out of poverty for poor family farmers is to become part of a “productive global economy”, alias a global value chain. Technically, to become part of the productive global economy, poor family farmers would have to concentrate on the production of exportable products (e.g. mango, sesame, soybean, etc..).

However, given the situation of the majority of family farmers in developing countries, not all that glitters is gold in engaging family farmers in value chain development. For example, what if by supporting them to be involved in “productive” value chains, we would be diverting from the main problem with agriculture in most of the developing countries, which is not producing enough food to feed their own people? And even worse, would we be “helping” poor family farmers to become dependent of the whim of foreign consumers?

There are some considerations that need to be taken to better understand the benefits family farmers might have from involving in value chains. For example:

– For a family farmer, the involvement in a value chain brings the advantage of selling the product at a fixed (and possibly higher) price. However, the involvement often comes with some additional costs related to a new system of production  and the efforts to comply with certain standards.

– Often, family farmers can only use a new production system after intensive capacity building and through additional investments in inputs and equipment. This practice requires substantial capital and, sometimes, larger parcels of land. In the end, it is the cost-benefit ratio that determines whether the involvement makes sense. If only a small number of farmers involved in a value chain earn a couple of dollars more, an expensive project fostering the involvement of many family farmers may not be justified.

– Changing the production system requires time, continuous coaching, and eventually some subsidies and interaction among family farmers that fosters the shift to new production techniques .

The involvement of family farmers in value chains could generate benefits for the farmers as well as for buyers, suppliers and other actors in the value chain if some conditions are in place. Here are a number of possible recommendations:

a) The involvement of family farmers could work for all value chains except for those ones in which family farmers find it too difficult to produce according to the required standards or where by doing so, requires too much in terms of efforts and capital. In several situations and with the exception of some individuals, a family farmer community will not be able to produce sophisticated products. However, family farmers should be able to engage in the production of fruits, vegetables, cereals, roots and tubers and pulses as well as animal products for national value chains and eventually for export.

b) The integration of family farmers in value chains works well where the “involvement” provides a benefit significantly higher than the benefit from producing outside the value chains. In other words, the effort of entering the value chain must pay off.

c) The involvement of family farmers usually requires substantial investments in capacity building. Careful consideration is required as family farmers live in a reality where risk aversion and scarcity of resources prevail. Changing the way of production requires time, continuous coaching, eventually some subsidies and better and more interaction with extension services to build trust and knowledge about new production procedures.

d) Initiatives that only require family farmers to comply with buyer standards are unlikely to produce benefits for the farmers. These initiatives should be matched with efforts to help family farmers improve their businesses through cost reductions and better organization of work. For example, large dairy processors have learned that simply focusing on farmers’ compliance with quality criteria does not help extend the process of milk collection; they have therefore, engaged in advisory services to help farmers improving the quality of milk while also rendering milk production more profitable.

e) Involving family farmers where the market for the final product is large enough to include all or a reasonable number of family farmers, might not make sense. If the majority of family farmers are left out, involvement in value chain schemes will rather cause frustration and disequilibrium in production areas. This argument can be extended to some of the niche market products such as specialty foods and organic and fair-trade products. If such products only benefit a very small part of the farming population, leaving the majority without income options, there is not much sense to pursue them to be involved in the value chain.

f) Contractual arrangements might work well depending on the socio-cultural environment of many developing countries.

g) In many developing countries, building trust between buyers, family farmer and input providers is of paramount importance and leads to non-written agreements that can be the basis for sustainable businesses.

WALTER DE OLIVEIRA HAS MORE THAN 23 YEARS OF PROFESSIONAL EXPERIENCE IN RURAL DEVELOPMENT, FOCUSED ON ANALYSIS OF AGRICULTURAL PRODUCTION SYSTEMS AND INSTITUTIONAL CAPACITY BUILDING. HE HAS VAST EXPERIENCE IN PROVIDING POLICY ADVICE AND TECHNICAL ASSISTANCE TO ALL LEVELS OF GOVERNMENT ON FOOD SECURITY, AGRIBUSINESS, VALUE CHAIN, FARMER FIELD SCHOOLS, VOUCHER SCHEMES AND OTHER RURAL DEVELOPMENT ISSUES. MOREOVER, HE IS AN EXPERT IN FACILITATING SOUTH-SOUTH COOPERATION AND PUBLIC-PRIVATE PARTNERSHIPS. HE IS CURRENTLY WORKING FOR FAO IN HAITI.