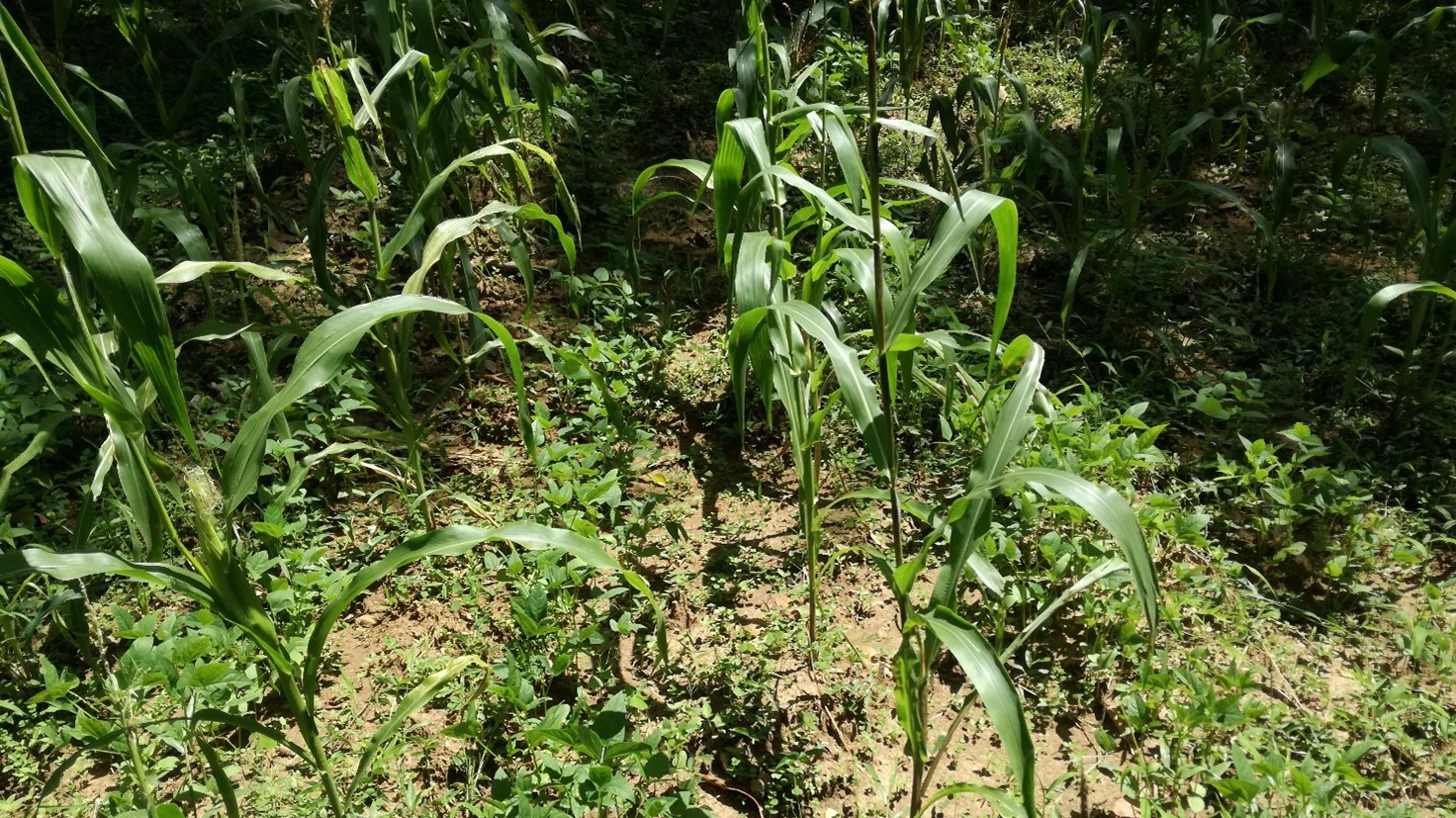 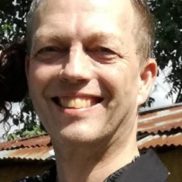 Relay intercropping means that crops only overlap some part of the time.

Strip intercropping means stripes of two or more rows of one species are among stripes or a row of other species. (Cover Figure)

Soil-protecting crops can be cultivated among other crops

However, intercropping reduces possibilities for complete crop rotation, but, e.g., double rows or stripes can be rotated. Intercropped species may partly differ in their light, water, and nutrient use efficiency. However, even nitrogen-fixing plants mainly fix the amount of nitrogen they need for themselves, most of which is removed with a good seed harvest or even by harvesting tops and roots. Knowledge and management are needed to avoid much damage from some crops to others, e.g., beans climbing on the crop stems.

Early soil cover remains the key conservation challenge. Usually, cowpeas of an indeterminate and crawling type that can use the last unreliable rains are seeded at least 2 weeks after maize. The author developed and tested a promising and unconventional intercropping solution for this in southern Ghana in 1986. Fast maturing (60 days) erect high-yielding cowpeas (Vigna unguiculata) were seeded 2 weeks before double rows of dwarf maize across the slope in double rows very early in the rainy season. The cowpeas rapidly protected the soil and flowered before being shaded by the maize plants. Maize requires more consistent rainfalls for seeding. Traditionally, cowpeas continue growing on soil even after harvesting maize. Strip-intercropping can be combined with crop rotation too.

Agroforestry can also be seen as a type of intercropping – read more information in the next article.

Torsten Mandal completed PhD-level courses (not degrees) in Advances in Soil Fertility and Plant Nutrient, Analytical and Physical (environmental) Chemistry, Land Use in Subsaharan Africa, Tropical Soil Fertility and Plant Nutrition A and B at the University of Copenhagen (U-CPH, current name). Before he completed a combined BSc- and MSc-level study of agronomy with additional master-level courses in Applied Social Anthropology (U-CPH) and Tropical Agriculture (1-3) at The Swedish Agricultural University. Torsten has worked for about 6 years in the tropics as an agronomy and agroforestry specialist incl. Kenya, Rwanda, Ghana, Uganda, and Tanzania for leading organisations like U-CPH, Care International in Rwanda, International Centre for Research in Agroforestry, and Kenya Forestry Research Institute Agroforestry Division. He has also travelled, studied, and presented research results in e.g. India, Benin, and Brazil, Torsten has agricultural experiences from Denmark and Spain. Mandal analysed research needs, plus developed, documented, and published several improved, low-input methods. They make it easier, faster, and more affordable for also small farmers in the tropics and subtropics, to establish trees, conserve and improve soil fertility, direct seed challenging seeds, and manage multipurpose tree legumes better among crops. He has published at many levels on these topics since 1983 in Danish and English. He has experience with teaching at all levels (incl. African farmers and MSc at U-CPH). He is now a freelance agronomist providing advice, advisory-, technical- and teaching services, proposal writing etc. More details can also be found at https://torstenmandal.wordpress.com.