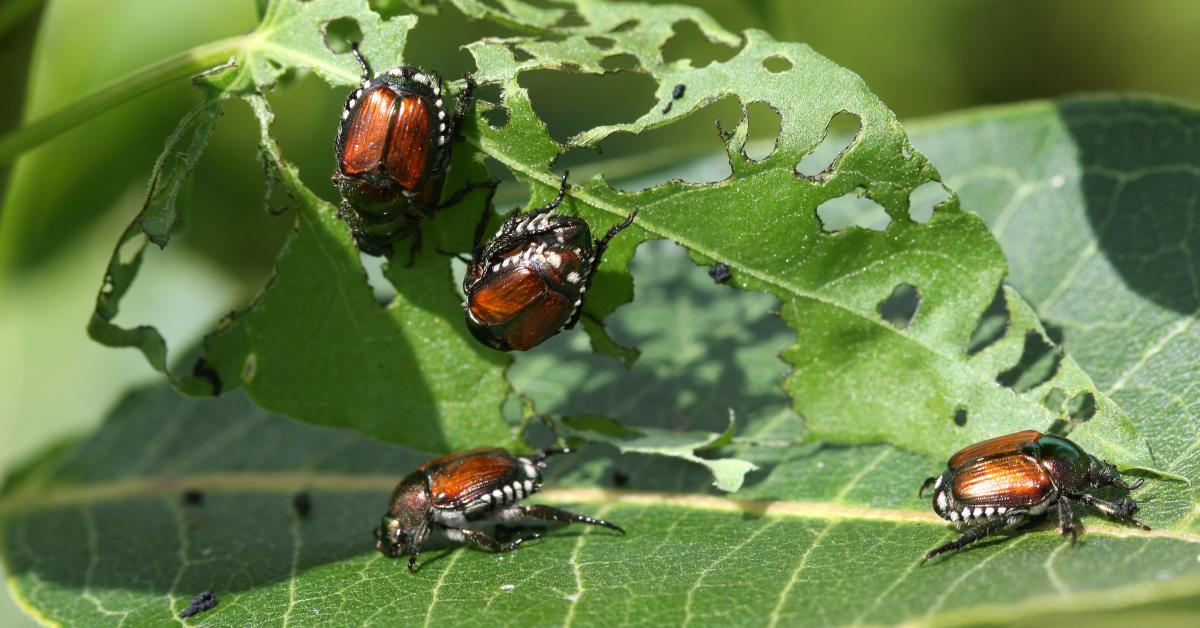 Pest and disease management in agriculture 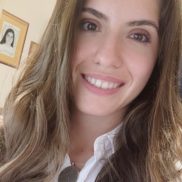 Global trade is increasingly leading to the introduction of non-native species in novel geographic ranges (Jenkins et al., 1996). These invaders often pose a serious threat to agriculture, with the cost of damage being higher than the cost of prevention (Cuthbert et al., 2022). Numerous examples are available in the scientific literature that indicate the negative effects of pest invasions on crops (Bucci, 2018; De Groote et al., 2020).

The bacterium Xylella fastidiosa is undoubtedly one of the most well-known examples of a recent pest invader in the European Union territory. In 2013 X. fastidiosa was recorded for the first time in Europe from olive groves in Apulia, Italy (Elbeaino et al., 2014a). However, a recent study by Sicard et al. (2021) traces back its introduction to 2008. According to the National Confederation of Independent Farmers in Italy (Coldiretti), the spread of the bacterium resulted in the infection of 21 million trees in the region of Apulia. As a result of the strong surveillance activity carried out in the EU after the discovery of the outbreak, the bacterium has also been detected in numerous other host plants, in other Italian regions as well as in Spain (EPPO, 2019) and France (EPPO, 2020), and in different strains. Based on the study of Schneider et al. (2020), the spread of only one strain of the bacterium could cost billions of euros over the next 50 years in Europe. It is noteworthy that this projection has been made under the scenario of slow spread and the consideration of replanting with resistant cultivars as possible.

Aiming to increase the preparedness of the EU agriculture and forests against emerging pests, EFSA performs Horizon Scanning activities to identify emerging pests from all over the world and rank them based on specific risk criteria. All this effort was initiated after the request of the European Commission (EC) DG SANTE EFSA in December 2016 (Horizon Scanning for Plant Health: report on 2017-2020 activities). The information provided enables the Commission and the Member States to decide whether a further risk assessment of the identified new or emerging pests is needed in the EU and which new or emerging pests should be targeted during import controls and EU territory surveillance.

The Horizon Scanning activities involve the regular screening of scientific literature and media publications through the MEDISYS platform of the EC Joint Research Centre (JRC), Ispra, Italy. MEDISYS, as part of the Europe Media Monitor (EMM) system (Steinberger et al., 2013), is a fully automated public health surveillance platform, which expanded to cover plant health threats, among other topics of interest for EFSA. The system can retrieve and categorize news articles from the internet based on specific keywords; there are currently almost 20,000 sources, among which about 1500 are scientific sources. The system contains keywords for 2137 pests, including scientific names of pests and multilingual common names. Generic keywords (”pest”, ”disease”, ”crop”, ”losses”) have been added to enable the retrieval of articles regarding the discovery of new pests of plants.

The system retrieves around 200 articles per day. The articles are screened and selected through the NewsDesk application based on specific selection criteria, considering the status of the pest in the EU legislation (quarantine pests, non-regulated pests, or pests included in the pest lists of the European and Mediterranean Plant Protection Organisation). As soon as they are retrieved by the tool, the results of the automatic selection of articles carried out by the platform are also made public on EFSA’s Plant Health web page of MEDISYS. The selected papers are included in a monthly newsletter with media and scientific articles. The topics covered concern regulated, new or emerging pests, outbreaks or spread in new areas, and new host plants. In addition to these topics, in the case of quarantine pests, articles are also selected with the following topics: eradications, new methods for detection, diagnosis, surveillance, or control, new information about the risk, impact, epidemiology, potential spread, prevention and management of the pests as well as the impact of the implemented measures. A group of experts scrutinizes the monthly newsletter before publication and presents it at the monthly meeting of the Standing Committee on Plants, Animals, Food, and Feed of the European Commission, during which decisions concerning plant health risk management are taken. All the newsletters can be found in the virtual issue of “Horizon Scanning for Plant Health” of the EFSA Journal.

Fungi and Oomycetes in the top of the emerging pests list

The most recurrent pests reported by media (subject of around 50% of the articles selected by MEDISYS) have been X. fastidiosa, Spodoptera frugiperda, and Agrilus planipennis, which are all regulated in the EU. X. fastidiosa was the most popular pest in the media, represented in 26% of the total number of news published on the 494 pests selected by MEDISYS. In the case of scientific articles, the most recurrent pests have been S. frugiperda, X. fastidiosa and Bemisia tabaci (also regulated), covering around 43% of the articles found through this platform among the 573 pests selected by MEDISYS. Furthermore, it is worth noting that almost half of the scientific articles retrieved identify new pests and the first findings of known pests in regions that were previously free from them.

Scoring the risks posed by the pest with PeMoScoring exercise

The PeMoScoring is a proactive and practical tool that enables a simple and rapid process of scoring the risks posed by the pest. The tool does not constitute a substitute for pest categorizations or full risk assessments but aims to assist the timely decision-making for further actions in response to the most alarming emerging threats by the risk managers. The emerging non-regulated pests included in the newsletter are scored in terms of their suitability to be considered for further actions (risk assessment, enforcement of the surveillance, and import control in the EU). This is possible by performing a PeMoScoring exercise for each emerging pest identified.

The PeMoScoring is performed by answering a set of 15 questions related to the risk posed by the pest. The information needed to complete the screening is retrieved from published sources, prioritizing scientific literature and eventually experts’ judgment. For this reason, novel taxa or pests with few available information are excluded from the scoring until knowledge gaps are filled. The 15 criteria included in the PeMo protocol can be grouped by three major categories:

-general data (prohibited trade pathways in the EU legislation, climate of countries where the pest has been reported and in the Member States),

-data about the pest to be ranked (host range, distribution in the EU, availability of detection and control measures, quantitative, qualitative losses and/ or plant death, the need of a vector for transmission and its presence in the EU, spread by natural means and by human-assisted activities) and

-data about host plants (surface area and distribution of the host crop, presence of major non-crop hosts in the EU) in the Pest Risk Assessment area (EU territory).

A score is attributed as an answer to each question. The final score is compared with a reference set of previously screened pests, including regulated quarantine and non-quarantine pests from the EU legislation. The relative position in the ranking of the pest under evaluation is obtained by pairwise comparisons with the reference pests. Finally, a pest that scores ”positive” from the PeMoScoring exercise is interpreted as suitable for further actions due to their potential risk for agriculture and forestry in the EU.

The insect Phenacoccus solenopsis (Hemiptera: Pseudococcidae) (common name: cotton mealybug or solenopsis mealybug) is one example of a pest that was identified and ranked through the Horizon Scanning activities, giving feedback to the risk managers to react in time by taking decisions to perform further risk assessments in the case of this pest. The pest appeared firstly in the Plant Health Newsletter: Scientific Literature Monitoring (No. 14) of February 2020 because of the finding of a scientific article that documented its first detection in Algeria. This insect attacks about 300 plant species, such as hibiscus and lantana, glasshouse vegetable crops, mainly bell pepper, tomato, eggplant, and field crops, such as cotton. The insect has already been reported in Greece, recently in Italy, and is under official control in Cyprus. It can enter the EU territory with imported plants for planting, fresh fruits, vegetables, and cut flowers. The PeMoScoring tool scored this pest as positive. The European Commission then requested a pest categorization to EFSA. According to the pest categorization of P. solenopsis by EFSA (2021), the pest satisfies the criteria to be regarded as a potential Union Quarantine Pest.

The insect Arboridia kakogawana (Hemiptera: Cicadellidae) was also scored by the PeMoScoring tool as positive. According to the EPPO Global Database, this is a pest of Vitis vinifera, which was first reported in the EPPO region in Southern Russia in 1999, and later in Ukraine and Romania (EPPO RS 2020/007). It was also detected in 2019 in Bulgaria and in 2020 in Serbia. Media articles about the first detections of this pest in Romania, Bulgaria and Serbia were included in the EFSA Plant Health Newsletters: Media Monitoring of September 2019 (No. 30), March 2020 (No. 36) as well as March (No. 48) and May 2021 (No. 50).  The European Commission then requested a pest categorization for A. kakogawana, which has already been published, stating that the pest satisfies the criteria to be regarded as a potential Union Quarantine Pest.

Another example of a pest that was identified and ranked through the Horizon Scanning activities is the insect Singhiella simplex (Hemiptera: Aleyrodidae) (common name: fig whitefly). In this case, the pest was included in the Plant Health Newsletter: Scientific Literature Monitoring (No. 12) of December 2019, which reported a scientific article providing information regarding the first detection of this insect in Italy. Subsequently, the PeMoScoring tool scored the pest as negative, implying that it should not be considered for further actions due to the risk it poses. One explanation for this is the narrow host range of this insect, which feeds on fig plants (Laudani et al., 2020). Meanwhile, the pest was also deleted from the Alert List of the European and Mediterranean Plant Protection Organisation (EPPO).

The Horizon Scanning activities can contribute to the early identification of emerging pests of plants and alert the risk managers to take timely decisions to prevent these emerging problems for EU agriculture and forestry. The process is continuously improved by broadening the available sources of information from all over the world, including common names of pests from more languages, and strengthening collaborations with other international institutions and European bodies involved in pest alerting activities (e.g., ANSES, INRAe, and the French Ministry of Agriculture with the ESV platform, EPPO, CABI).

Agricultural Scientist with an MSc in Ecology from the University of Amsterdam, currently working in the field of Plant Health, as part of the Plant Health and Pesticide Residues (PLANTS) Unit of EFSA. I am involved in the identification and ranking of emerging pests with the aim to support the EU decision-making on the prevention of the introduction and spread of such organisms in the EU territory. I have been trained in plant protection practices against pests of crops, as well as in research for the biological control of insect pests. For one year, I have also worked in the media sector, covering news of interest for farmers in Greece.