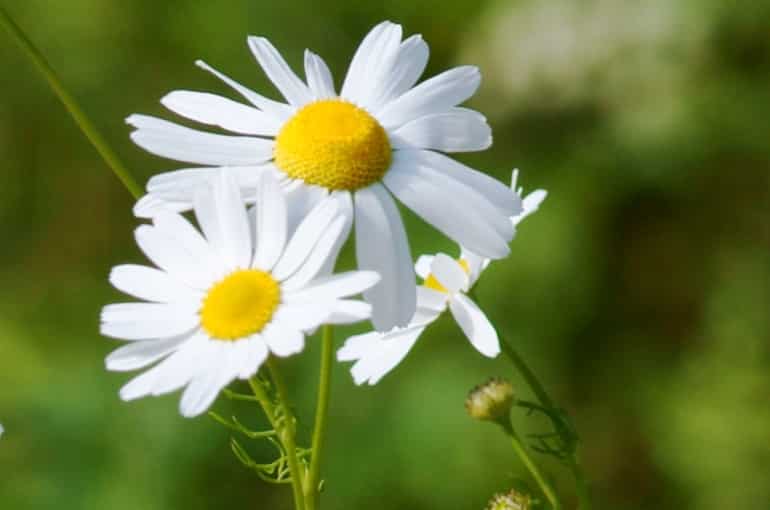 Growing commercially German Chamomile for essential oil and/or dried flowers has raised much attention during the last two decades. Matricaria recutita is a plant that can grow well in an average environment and can produce different products that can target different industries. German Chamomile essential oil has multiple uses, as it is used in the pharmaceutical, cosmetic, fragrance, personal care and beverage industries. The chamomile flower also contains valuable constituents, such as terpenoids, flavonoids and other compounds with reported pharmacological activity. Moreover, dried flowers of German Chamomile are used for preparing teas as well as various other products (e.g. skin lotions).

The international market for German Chamomile oil has been growing during the last two decades and farmers from many countries consider shifting from traditional crops (wheat, maize) to German Chamomile.

Growing commercially chamomile involves a series of activities. The plant is annual. The seeds can be either sown directly in the field or sown in a seedbed and transplanted 3-4 weeks later (there are pros and cons in each method). Irrigation, Fertilization, Pest Control and Weed Control are very important and affect greatly the final output. Harvesting the flowers is the most difficult and labor intensive operation when growing professionally German Chamomile. Unfortunately, not all the flowers are ready for picking at the same time. Consequently, most farmers employ small groups of workers that pick flowers every 2-4 days, in 3 or more harvesting sessions, within a period of 15-20 days. Processing, storing and distillation methods are also extremely important for the final yield of essential oil.

You can enrich this article by leaving a comment or photo of your German Chamomile farm management and profitability.

2.) How to grow German Chamomile at home

Do you have experience in German Chamomile cultivation? Please share your experience, methods and practices in the comments below. All the content you add will be soon reviewed by our agronomists. Once approved, it will be added to Wikifarmer.com and it will influence positively thousands of new and experienced farmers across the world.