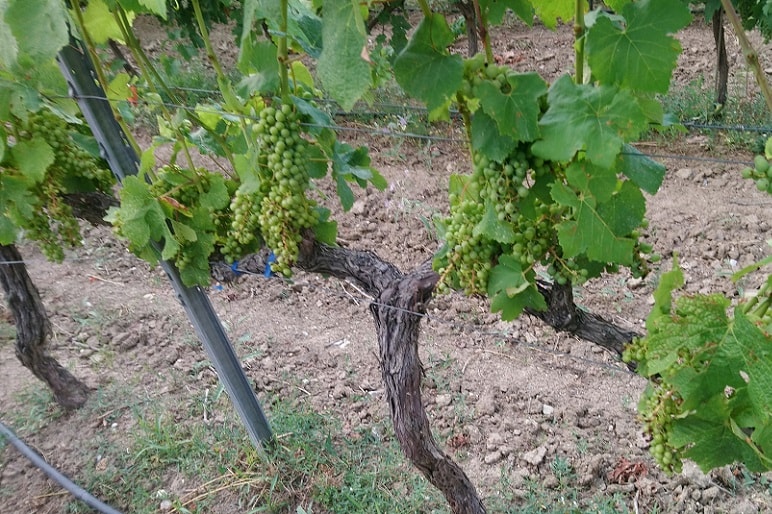 Deciding on the grape variety is not an easy thing. It is crucial to consider the growing method we will choose, the varieties of grapes that thrive in our area and of course if we can market the product of our selected variety at a good price. There are two methods to start a vineyard: Growing autogenous plants or growing grafted cuttings. In any case, each variety has its own unique quality features, expressed under specific climate and soil requirements, such as pH or EC levels, water and nutrition requirements, temperature or sun exposure. Thus the selection and decision shall be careful and fact-based.

Since 1850-60, most European vine-growers periodically stopped the cultivation of autogenous vine plants. The reason was the appearance of a catastrophic enemy, which was unknown in Europe since then. The enemy is called Phylloxera (Phylloxera vastatrix) and is a soil aphid that is extremely harmful to vines. It is believed that the aphid came from America, due to the fact that American grapevines had already developed immunity, because of the long term symbiosis with the pest. Before that, the main cultivars belonged to Vitis vinifera species, most of which are sensitive to the aphid. However, in areas that phylloxera problems have not appeared, some smallholder farmers still prefer to plant autogenous plants.

As we mentioned above, during 1850, European producers started to seek for solution to defeat the phylloxera attack. The solution came from the same place as the attack, America. Native vine varieties of America have developed immunity against the aphid due to the long period of symbiotic relationship. Thus, they started to graft their traditional Vitis vinifera varieties on American rootstocks. Grafting is a commonly used technique by which we join together parts from two different plants so that they will grow together as a single plant. The upper part of the first plant is called scion and grows on the root system of the second plant, which is called rootstock. Eventually, we have a plant that combines all the advantages of its different components.

The preferred rootstocks, are numerous, depending mostly on their tolerance under certain soil and temperature conditions. Some of the most commonly used rootstocks belong to the following species:

Rootstocks of the Berlandieri x Rupestris group and many others

Each of the rootstocks varies significantly both in morphological characteristics and growing techniques.

Regardless of which method we are going to choose, we must be sure to buy our plants from a legitimate seller in order to avoid surprises.

Due to the thousands of years of grape cultivation, thousands of varieties have been developed. Generally, we divide grape varieties into three major groups.

The most famous are Sultanina and Korinth

You can enrich this article by leaving a comment or photo of your selected vine variety.

Grapevines Planting and Plant spacing – Number of plants per hectare

Grape Harvesting – When and How to Harvest Vineyard

Grape Yield per Hectare and Acre

The use of Technology in Contemporary Viticulture

Do you have experience in commercial Viticulture? Please share your experience, methods and practices in the comments below. All the content you add will be soon reviewed by our agronomists. Once approved, it will be added to Wikifarmer.com and it will influence positively thousands of new and experienced farmers across the world.