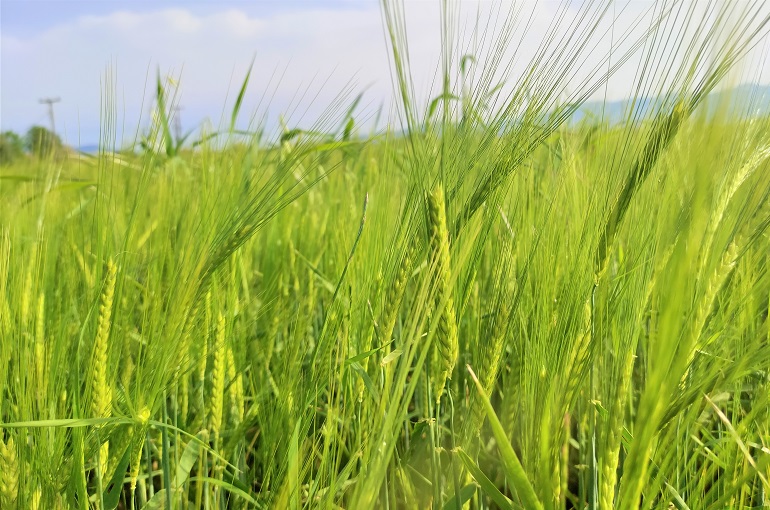 First of all, you must consider the soil condition of your field through semi-annual or annual soil testing before applying any fertilization method. There are no two identical fields in the world; thus, nobody can advise you on fertilization methods without considering your soil’s test data, tissue analysis, and field history. However, we will list some standard fertilization programs that many farmers use worldwide.

Generally, barley plants, to grow best and give high yields, need mainly nitrogen (N), phosphate (P-P2O5), and potassium (K-K2O), but also sulfur (S) and copper (Cu) (1). Of course, all these nutrients must be applied in adequate quantities to help the plant during growth.

For barley planted in late fall, small amounts of N are needed until the end of January or early February (Munier et al., 2006). Generally, barley plants receive less than 50 lbs/acre or 56 kg/ha before reaching the jointing stage (Delogu et al., 1998). It is crucial to provide sufficient quantities of N for early growth while keeping in mind that excessive ones could lead to leaching losses when winter rains occur, lodging, and increasing frost risks (Alley et al., 2009). It is generally recommended that 50-70% of the total N be applied at sowing.

To calculate the N amounts, you could use the following scheme (1):

Phosphorus-For supplying the energy for growth and development

When it comes to this nutrient, the grower has to remember that the replacement of P removed at harvest is very important. More precisely, around 0.4-0.62 lbs P2O5 are removed from the field for each bushel of barley grain harvested.

As in the case of phosphorus, the grower must remember that the replacement of K removed at harvest is very important. More precisely, around 0.3-0.35 lbs K2O are removed from the field for each bushel of barley grain harvested (0.14 kg of K2O are removed for every 21.8 kg of harvested barely grains).

Potassium is not usually included in a starter fertilizer. However, if such fertilizer is used, the grower must be very cautious, as K and ammonium may damage seedling roots. Even though barley seems salt-tolerant, the total N plus K2O should not exceed 30 lbs/acre or 34 kg/ha (McVay et al., 2009).

Foliar fertilization is also a choice in barley farming. According to experiments, foliar fertilization with manganese and copper has been found to have positive effect on grain yield and its components, chlorophyll content in leaves, selected chlorophyll fluorescence indexes, leaf area index (LAI) and the chemical composition of grain. Foliar feeding with manganese resulted in an increase in grain yield and 1000 grain mass when compared to foliar feeding with copper. Copper fertilization resulted in a greater increase in the relative content of chlorophyll in the leaves and a higher content of total protein and crude ash in the grain compared to manganese fertilization (2).

Yield, Harvest, and Storage of Barley