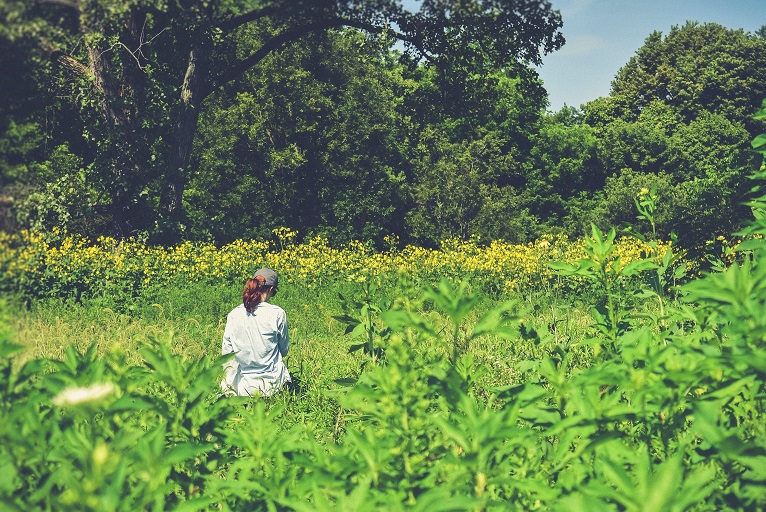 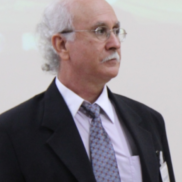 The current Covid-19 pandemic started with a natural phenomenon called

“Breaking the Barrier.” And so, too, future pandemics will arise.

Many viruses that have always survived in balance in wild animals are currently migrating from perfectly harmonious ecosystems, such as the biomes that have been depleted and/or destroyed by unsustainable development.

For this reason, “Agroecology“ is a truly sustainable alternative for pandemic prevention.

Viruses are the most abundant living beings in nature and are present in all the ecosystems of the planet. In Brazil, the Amazon is considered the natural habitat of the most remarkable diversity of viruses globally, which have always survived in perfect harmony with the native natural and resident flora and fauna, without any problems of infectious coexistence.

It happens that, when stimulated, viruses, in order to survive, can genetically adapt to humans, who serve as new hosts, thus infecting people and populations on ever-increasing scales.

The consequences are the so-called endemics and epidemics, which can quickly turn into pandemics.

These are the cases of Ebola, AIDS, and the very recent Covid-19.

This natural but evil phenomenon is called “Barrier Breaking.”

As an aggravating factor, these viruses can also lodge in insects, such as mosquitoes, which then become vectors and start carrying the infectious viral agents to humans.

This is what happens with Malaria, Yellow Fever, and Leishmaniasis. It has also happened with Zika, Denque and Chikungunya.

All this happens due to the expansion of deforestation, burning, mining, water pollution, real estate exploitation, adoption of monocultures and extensive pastures, and other predatory human actions, socio-environmentally unsustainable.

This is what I classify as “Socio-environmental Delinquency“, since the greenhouse effect and global warming are triggered by the same environmental depredations.

This “Socio-environmental Delinquency” is extended to the economic exploitation of caves, grottos, natural rocky massifs, and the like. In the specific case of caves and natural caverns and the unbalance of the millenary resident ecosystem, there is irrecoverable damage to the native and natural, historical archeological heritage!

So, a deadly triangulation is then stimulated:

For thousands of years, many viruses, until then little known or even unknown to humans, have lived in perfect symbiotic harmony with wild animals living in their natural habitats, that is, in their Ecosystems and their related Biomes, without causing them significant harm or damage.

This is what I call “Harmonious Symbiotic Coexistence.”

The continuous and growing aggressions to the native environment, caused by the inconsequent lucrative development and solely commercialist, such as deforestation, burning, mining, water pollution, real estate exploitation, adoption of monocultures and extensive pastures, exploitation of caves and caverns, and other predatory human actions; make those wild animals, natural hosts of the virus, with whom they have always lived together in a balanced way, have their predators diminished, and even, extinct.

Thus, the populations of these natural virus hosts increase while their habitats and predators decrease. Consequently, they start to harbor many more viruses, which, as they proliferate, seek to occupy new hosts by a genetic mutation, in the natural evolution of the species, in search of their own survival in their new habitats.

When these new hosts are close to human beings, we repeat: there is the contagion by “Barrier Breaking.”

The most recent and dramatic example is the current Covid-19 pandemic, which is devastating our entire planet and our lives due to the successive genetic mutations of the precursor viruses until they reach the bats.

The most plausible possibility is that natural evolution took care of allowing viruses that inhabit bats, before infecting humans, to have spent a season of mutations in other hosts, or perhaps in the bats themselves.

Coronaviruses are everywhere and are the second leading cause of the common cold, after rhinovirus. Until recent decades, they rarely caused severe illness in humans other than a common cold.

Human interference, especially in the bats’ natural habitats, forces them to migrate to new habitats, which corroborates the pandemic issue with the environmental issue.

And as an aggravating factor, after this brutal pandemic of Covid-19, other pandemics may come, for the same reasons, concomitantly with the greenhouse effect and global warming, which together will cause the resurgence of the disease, hunger, and misery in the poorest countries of the world.

Problems with shortages of basic and fundamental foodstuffs will reach catastrophic levels, and the economic/social and environmental consequences will be unpredictable and undoubtedly dramatic and frightening!

There will be an upsurge in violence, wars and uprisings, arms and drug trafficking, and attempts at desperate immigration to the so-called developed countries. Exodus and migrations through disorderly marches of starving populations will be inevitable.

In parallel with this agroecological food production, there will be environmental protection and preservation of ecosystems and their native and natural biomes, preventing the possible and probable outbreaks of new pandemics for the reasons explained above.

In addition to this healthy and immediate production of food and environmental preservation, there is the continuous generation of decent jobs and income in the communities involved, fixing the workers in the field and avoiding disorderly rural exodus and catastrophic human migrations.

The UN/FAO recognizes this alternative as viable and recommendable since, in its publication, IFAD/UNEP/WCMC, during the “International Year of Family Farming” in (2014), solemnly announced:

With the right conditions, small producers can be at the forefront of this transformation in global agriculture because:

Small producers are a vital part of the global agricultural community but are often overlooked;

The productivity of small producers depends on well-functioning ecosystems. Therefore, they protect and conserve them

However, small-scale farmers often live in remote and environmentally fragile locations and are usually part of marginalized and underprivileged populations;

1- Pandemics originate from the growing depredations of Ecosystems and their natural Biomes, driven that they are, by an irresponsible and inconsequential development that only aims to profit. That makes viruses lose their hosts, and natural habitats seek new hosts by genetic adaptation in other habitats.

2 – Currently, the most available new host is the human being, and another more available habitat is our homes.

3- To prevent the emergence of new diseases, endemics, epidemics, and pandemics, the sustainable socio-environmental preservation of Ecosystems and their natural and native Biomes, are fundamental and indispensable.

4- Agroecology and Family Farming are safe ways to support this public health purpose because they are socio-environmentally correct and sustainable.

4.1- AAgroecology does not use pesticides. Agroecology gives preference to the biological control of pests/diseases in crops and, therefore, does not interfere with the balance of “prey/predator” in traditional ecosystems.

The following is a list of more recurrent diseases triggered due to carelessness, neglect, and environmental predation.

To conclude, always remember that: to protect, care for, conserve, and preserve nature, the environment, ecosystems, biomes, and all biodiversity contributes to life without pandemics.

Mechanical Engineer with MSc in Soil Science and DSc in Food Sciences. University Professor at UFLA since 1977 being Full Professor since 1998. Expertise on Agricultural Machinery Projects, Agroecology Sustainable Socio-Environmental Technologies, Family Farming and Innovative University Extension. Creator and Coordinator (2007) of the "UFLA-Africa/Asia Voices Project". Founder (2009) of the "UFLA-NEAPE (Nucleus of Studies in Agroecology, Permaculture and Innovative University Extension)". Founder (2012) of the “Lavras Nucleus of the NGO-Engineers Without Borders”. Blog creator (1996) of the “Alternative Energy Forms” (www.energialternativa.ufla.br). Professor “Honoris Causa Doctor” (2015) by the ULPGL (Université Libre des Pays des Grands Lacs), Goma/DR Congo. Coordinated more than one hundred Innovative University Extension Projects in Agroecology issues at UFLA and is currently retired Full Professor and Volunteer Extensionist at Agricultural Engineering Department at Lavras Federal University (DEA / UFLA) from where he continues to coordinate several participatory inovatives extensionists projects around the world.