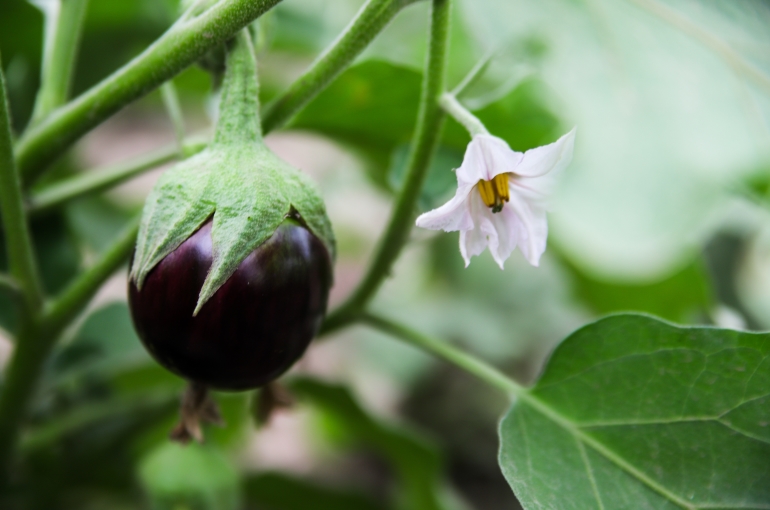 Eggplant is a perennial plant, but most producers grow it as an annual. Eggplant originated from India where we still find it in the wild. It prefers warm areas to thrive and has a low tolerance for cold. Nowadays, eggplants are grown in many European and Asian countries. China is the largest eggplant producing country. Turkey and countries around the Mediterranean also produce eggplants at a large scale. According to World Atlas, top 5 eggplant producing countries are: 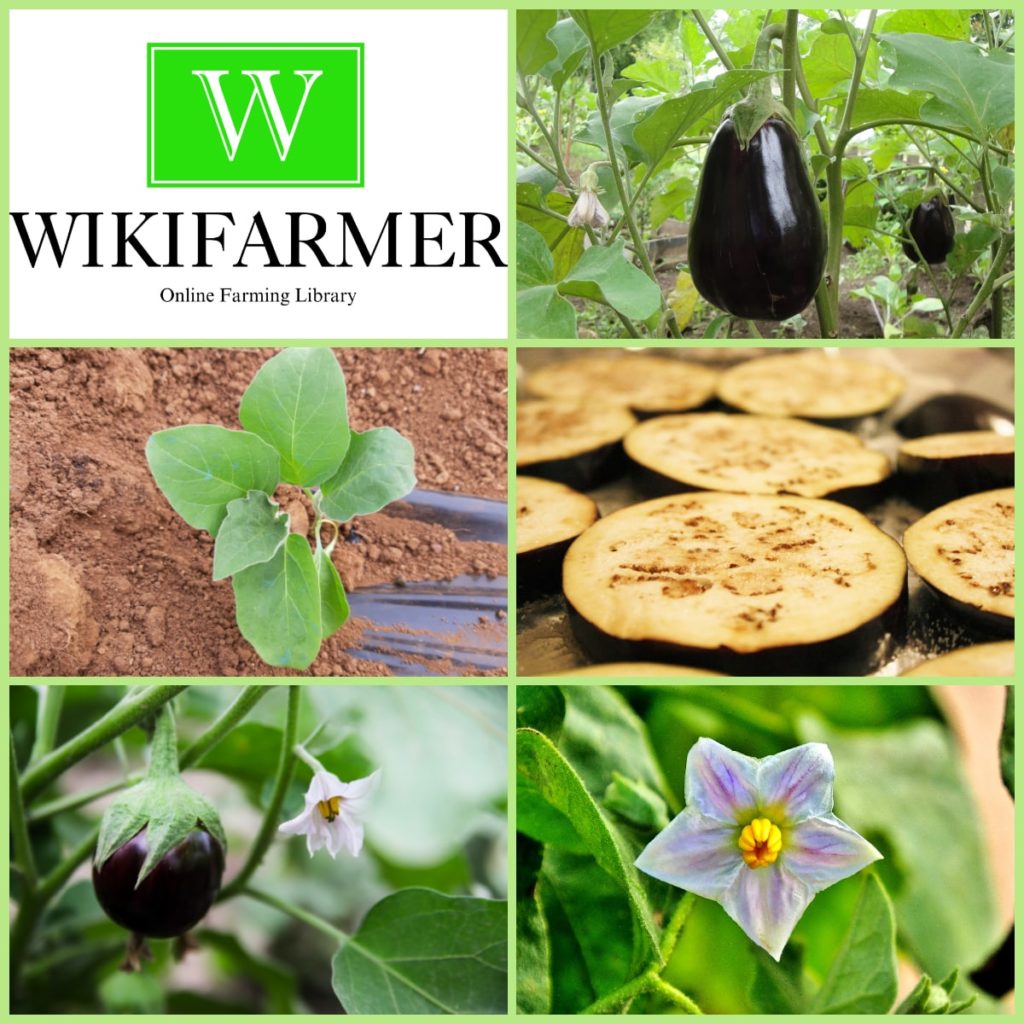 Eggplant’s scientific name is Solanum melongena and is a member of the Solanaceae family. This family includes other well-known members, such as tomatoes, potatoes, peppers, and tobacco.

Eggplant has a spiny stem covered in tiny hairs. The height of the plant varies from 0.4 m to 2.5m (1.3 to 8 ft) depending on the variety. It has a deep root system which grows from 0,6 to 1.2m (1.3 to 3.9ft). Leaves are large and lobed 10-30cm (4-12 inches) long. Flowers are white to purple and can be found single or in inflorescence with 2-3 blooms. They are characterized by a five-lobed corolla. The fruit is a big berry with soft brown seeds. Eggplants come in three main shapes: oval, tear-shaped and round-shaped. Its skin color may be solid black, solid purple, striped black or purple and white. Eggplant flesh is spongy and off white, with a slightly bitter taste when consumed raw.

Eating raw eggplants shall be avoided. Moreover, consuming eggplant flowers or leaves can be dangerous for human health. Members of Solanaceae family produce a substance called solanine, which acts as the plant’s natural pesticide and is poisonous if consumed in large quantities.