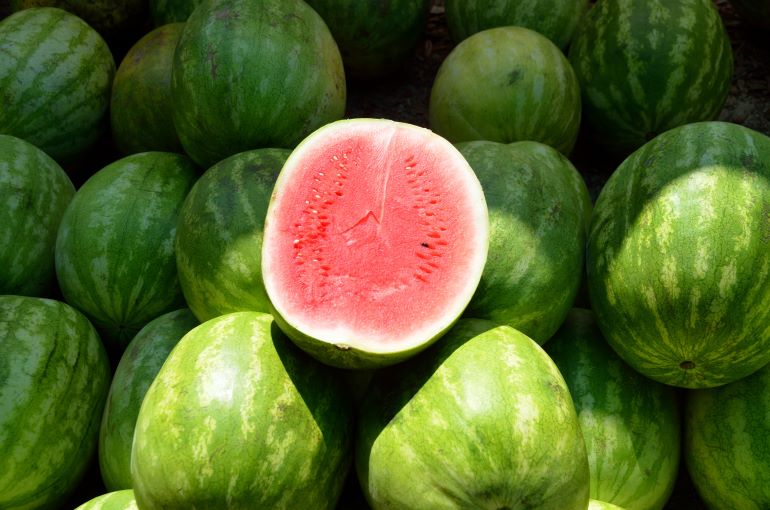 Watermelon is an annual plant originated in Africa. Watermelon prefers warm areas to grow properly and has zero tolerance to frost. Watermelons are commonly grown for their sweet flesh and juice. They are an excellent source of water and nutrients especially during hot and dry periods of the year.

Watermelon’s scientific name is Citrullus lanatus and is a member of the Cucurbitaceae family. This family also includes other well-known members such as melons, squash, cucumbers and pumpkins.

Watermelon is a vining plant. Its vines can reach a length of 3 m (10 feet). They are green cylindrical( slightly angular) and covered by tiny hairs. Leaves are large and angular. Watermelons are monoecious plants. Individual plants produce both male and female flowers. Flowers are yellow and have 5 petals. The fruit is a large berry with black oval seeds.

Although the most common type of watermelon is the one with pink or red flesh and black seeds, there are also other varieties that produce yellow or orange flesh as well as solid green, or green striped skin. 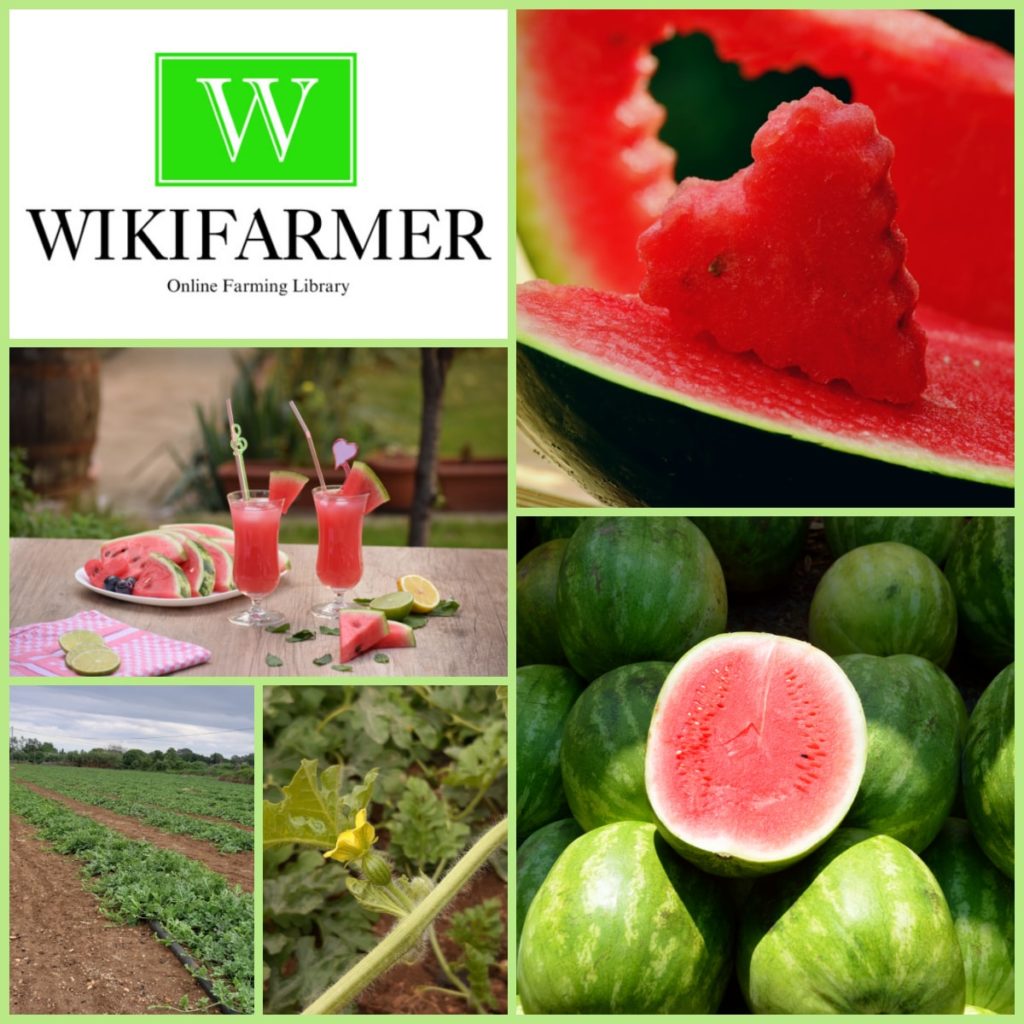